On Wednesday, February 7, HPAE members and Rutgers Union Coalition partners joined forces at February meeting of the Rutgers Board of Governors.  HPAE, along with its coalition partners, has asked Rutgers for dates to begin bargaining to which Rutgers has yet to respond.

At the meeting, Local 5094 Co-President Tom Murphy spoke and demanded that Rutgers begin bargaining now.  A good showing of HPAE members and Coalition representatives were present, sending Rutgers a powerful message that we are united in bargaining for the common good of our members and the Rutgers community at large. 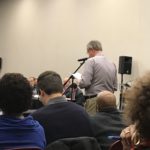 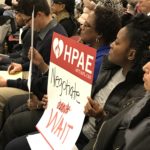 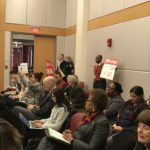 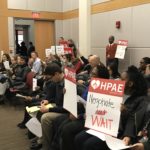 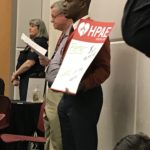 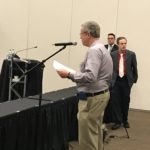