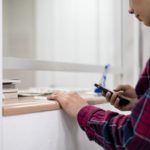 Seven years ago, co-workers found her semiconscious on the ground after she’d been attacked by a patient during her shift in a New Jersey hospital. Her traumatic brain injury caused her to miss three months of work and left her with lingering headaches and speech problems.

Only days after she returned to work, she was attacked by another patient.

“My story is not an isolated one,” said Walsh, who was speaking on a press call Wednesday to advocate for a new workplace violence bill introduced last week. Sponsored by Congressman Joe Courtney, D-CT, the bill (H.R. 1309) would require healthcare and social service employers to implement workplace violence prevention plans that would be enforceable by the Occupational Safety and Health Administration (OSHA).

“This would create a nationally-enforceable standard so that OSHA—as it does in so many other workplace areas of safety—can actually have a measuring stick,” Courtney said. For instance, there would be design standards, such as using glass partitions at certain nurse stations, and staffing standards, such as the use of additional security guards, he said.

The bill was the subject of a hearing held by the House Committee on Education and Labor: Subcommittee on Workforce Protections. Courtney introduced a similar bill last session, but it did not get scheduled for a hearing under the Republican-led majority.

Introducing the bill for discussion during the subcommittee hearing on Tuesday, Rep. Alma Adams, D-N.C., pointed to figures such as Bureau of Labor Statistics report that found healthcare workers are five times as likely to be seriously injured on the job than employees in other sectors.

“These violent incidents are not just part of the job,” said Rep. Alma Adams, D-N.C., the subcommittee chairwoman. “They are predictable and they are preventable. OSHA has not ignored this issue but lacked the tools to address it adequately.”