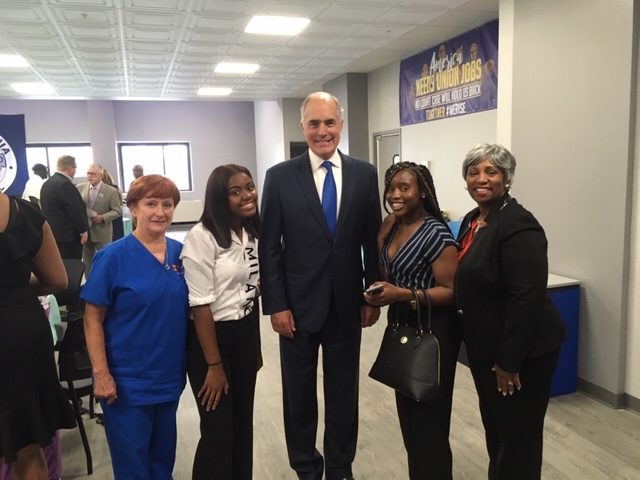 Sue Clements, Local 5106 VP, joined other union leaders on Tuesday, August 6, 2019 for a discussion of the issues affecting workers in our present political climate.  Senator Casey spoke on the continued assault on workers commenting on some specific issues.

The Tax Bill of 2017 did not deliver to the middle class as promised, but it did

Senator will fight to change: