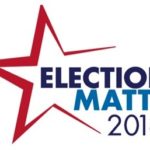 While the outcome of the presidential election was not what our union wanted, there were some important victories yesterday in New Jersey and around the country due to the work of HPAE and other union activists. 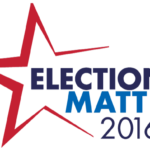 As the November 8th election nears, HPAE has announced its endorsements for candidates in federal, state, county and local election races in both New Jersey and Pennsylvania. 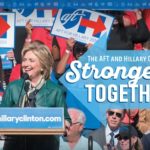 HPAE members will soon be receiving an information brochure from the national union with which we are affiliated, the American Federation of Teachers, on why Hillary Clinton has the experience, skills, and views to be a President who will help advance

The labor movement is counting on you to ensure that we elect Hillary Clinton as president, on Tuesday, November 8th. Get On The Bus! Join HPAE & AFTNJ for GOTV efforts in Pennsylvania. The state has favored Democrats in every

When enough voters, especially union voters, turn out working people win. And it’s our job to give voters the information and motivation they need to make sure that they vote on November 8th. Every HPAE Local in New Jersey and 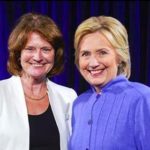 HPAE President Ann Twomey explains why she is supporting Hillary Clinton for President.