"Much More Remains to Be Done" in Puerto Rico....and Other HPAE News - Health Professionals & Allied Employees 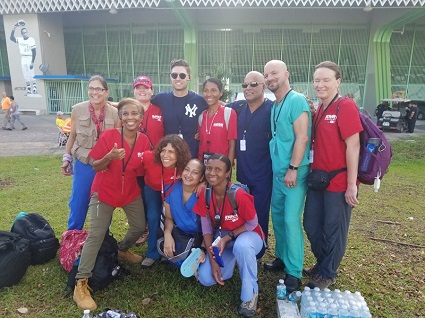 HPAE RN After Trip to Puerto Rico: “Much More Remains to Be Done”

Jose DeJesus (3rd from right in the photo), a Local 5131 member at Inspira Health Network, is a native-born Puerto Rican. He went to the island for two weeks with other HPAE RNs to provide nursing care to people on the island who are recovering from the devastation of Hurricane Maria. In an article in AFT Voices Jose recounts his experiences. 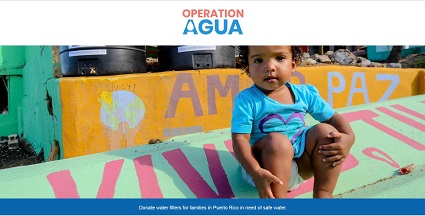 A month after Hurricane Maria devastated their island, most Puerto Ricans still have no reliable source of safe drinking water. The AFT has organized “Operation Agua” to bring water purification systems to Puerto Rican families and communities who are crying out for help. HPAE has already donated over 700 cases of fresh water; we urge every HPAE member to support our fellow brothers and sisters by contributing to this important effort. 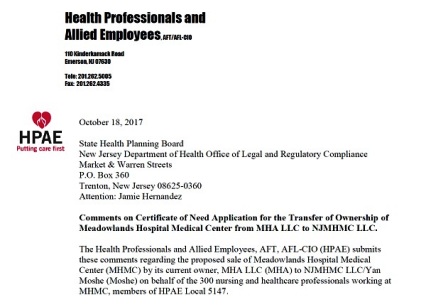 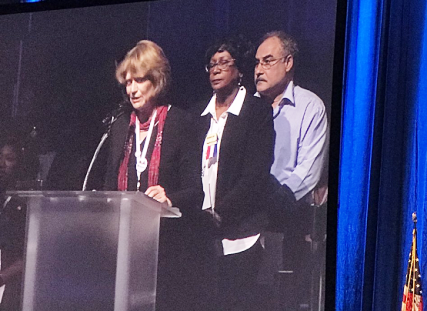 The 28th Constitutional Convention of the American Federation of Labor-Congress of Industrial Organizations (AFL-CIO) was held Sunday through Wednesday in St. Louis, Missouri. HPAE and other union leaders, as well as allies of the labor movement, came to the convention amid a rising tide of energy and growing demand for real answers to the serious challenges working people face.

HPAE President Ann Twomey (see photo above) introduced one of the most important resolutions adopted at the convention: “Making Health Care a Reality for All.” Another key resolution was a “Workers Bill of Rights” for 21st century America. 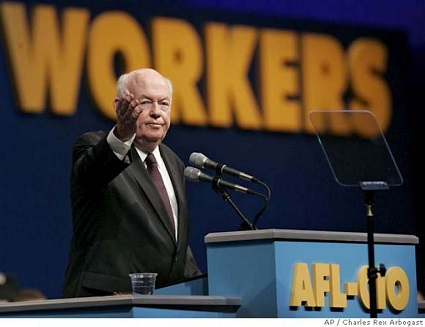 This Week in Labor History: Sweeney Elected President of National AFL-CIO in 1995

John Sweeney, president of the Service Employees International Union (SEIU), elected president of the AFL-CIO as part of a reform slate of candidates promising to revitalize the labor movement through organizing, member mobilization, and alliances with progressive groups – October 25, 1995

Read about other important struggles and events in U.S. labor history which occurred from October 23 to October 29, provided by Union Communication Services (UCS).