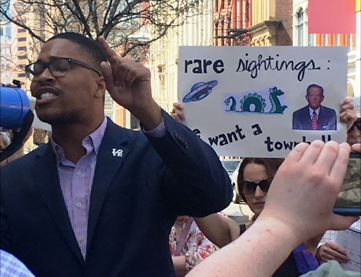 HPAE continues to participate in rallies and protests in Philadelphia against the Trump administration’s policies and plans.

On April 11 Local 5106 VP Sue Clements and HPAE Public Policy staff person Harriet Rubinstein joined the weekly  “Tuesday with Toomey” rally. One of the main speakers was Malcolm Kenyatta -Green. He gave a fiery speech about continuing to stand up for what we believe in despite the appointment of Neil Gorsuch to the Supreme Court. Kenyatta-Green is the Member Engagement Coordinator at the Greater Philadelphia Chamber of Commerce. He is also the youngest member of the Board of Directors of the Liberty City LGBT Democratic Club, the driving force behind the Muhammad and Mary Kenyatta Foundation, a Philadelphia 2015 BME Leader and the co-director of Dr. Kimmika Williams-Witherspoon’s play “You Gotta Eat Dirt Before You Die.” 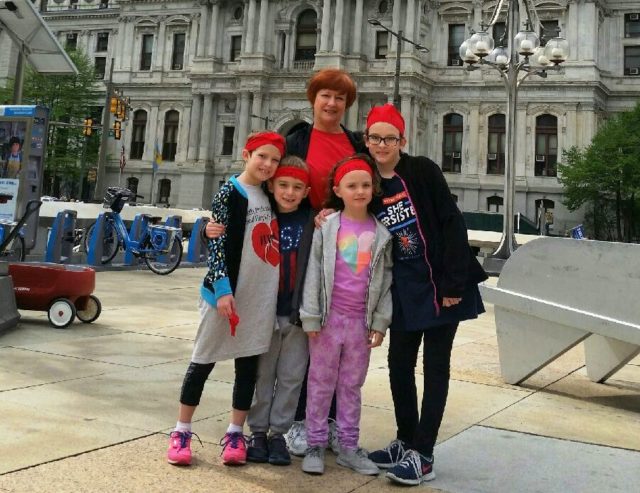