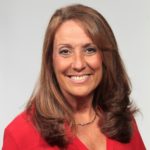 As a registered nurse at Virtua Memorial Hospital for 27 years and a long-term Med-Surg nurse, Debbie White was involved in the initial organizing at her worksite in 1996. She became a Union Rep shortly thereafter and has sat on every negotiating committee for her Local from 1999 through 2018. She was appointed Grievance Chair in 2007 and was elected President of Local 5105 in 2010, remaining in the position through 2018. She sat on the HPAE Executive Committee for seven years and most recently served as chair before being elected President. Email Debbie at dwhite@hpae.org. 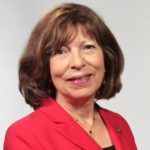 Barbara Rosen is a long time member and leader of HPAE. A Nurse Educator and former Critical Care Nurse, in 1978, she worked to organize a union at the then Bergen Pines Hospital (now New Bridge Medical Center). She served as President of Local 5091, and led a very contentious, and successful, strike at Bergen Regional Medical Center in 2004. After being stuck with a bloody HIV, Hepatitis C needle, Barbara worked tirelessly with HPAE for the ‘Safe Needle’ legislation, which was enacted and later used as the model for federal legislation. Barbara served as HPAE Secretary-Treasurer for eight years from 2010 through 2018 before becoming Vice President. Email Barbara at brosen@hpae.org. 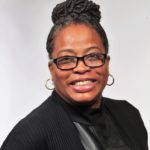 Alexis Rean-Walker is a member and leader of HPAE Local 5094, part of the HPAE professional bargaining unit at Rutgers Biomedical and Health Sciences (RBHS), formerly the University of Medicine and Dentistry of New Jersey, where she has worked for over 29 years as a Senior Project Management Analyst and Treasury Analyst. Alexis has served for two terms as Co-President of HPAE Local 5094 representing professionals on the RBHS New Brunswick and Piscataway campuses, and Rowan University. Prior, she served two terms as Co-Secretary of the Local as well as Union Liaison and Union Rep. She has been a member of the State Executive Committee for the past three years and serves on the AFT Women’s Rights Committee. Alexis has a Bachelor of Science in Computer Science with a minor in Business Management and is the first member from a non-nursing bargaining unit to serve as an officer of the HPAE State Federation. Email Alexis at areanwalker@hpae.org.

The SEC is the governing body of HPAE. In between HPAE’s conventions, the SEC implements the convention’s resolutions, supervises the affairs of the union, and authorizes the expenditure, investment, and management of the union’s fund’s.