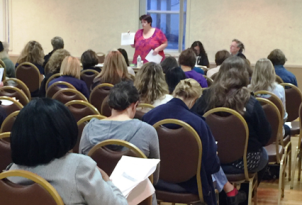 Local 5058 members voted overwhelmingly yesterday to ratify a new collective bargaining agreement with Meridian Health. At the same time, Local 5138 members at Southern Ocean Medical Center voted in favor of their settlement with Meridian. The contracts, which both expire July 31, 2017, cover 1,200 RNs represented by the Health Professionals and Allied Employees (HPAE), the state’s largest healthcare union.

The new contract agreement includes staffing improvements and other measures including:

Both locals achieved good contracts as a result of membership support and outreach to the community. During the negotiations, nurses met with Township committees and community members to gain support for safe staffing legislation, ran an active social media campaign, and took out a mobile billboard to educate the community about the importance of safe staffing.

“Nurses came out in numbers today to vote for this new contract which recognizes and supports our dedication to providing the best care for patients,” said Ruthann Kosick, R.N., acting president for HPAE Local 5058. “This contract provides incentives and opportunities to advance our nursing skills and includes provisions to monitor and enforce safe staffing throughout our hospitals.”

Read a Summary of the Agreement

The Township Committee supported the bill and shared how important it is to provide nurses with adequate staff to deliver the best care to the community of Neptune. “Minimum staffing levels is critical,” shared Township Committee member Dr. Michael Bradley. “It makes a difference in people’s lives. We need to have this standard for the Township.” Kim Brown, an RN who has worked at JSUMC for 17 years thanked the township for supporting nurses in their fight for adequate staffing. “I see the difference it makes,” said Kim Brown, who works on a Pediatric Unit. 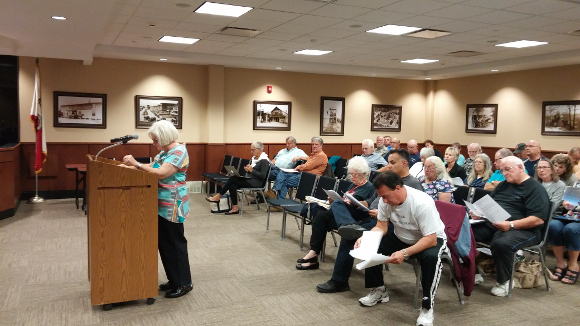 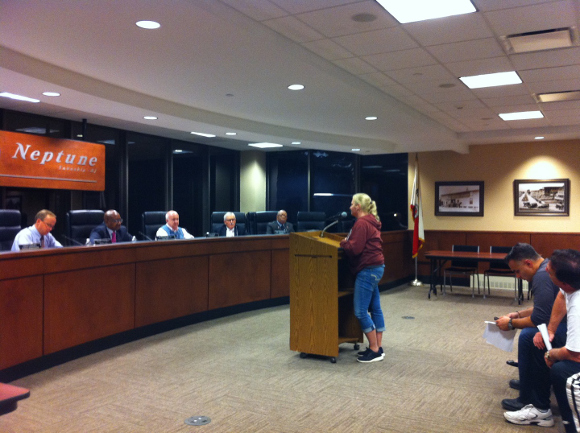 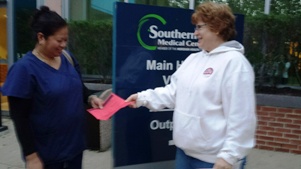 With our contracts with Meridian expiring at the end of the month, Local 5058/Jersey Shore Medical Center and Local 5138/Southern Ocean Medical Center RNs leafleted in front of our hospitals today to highlight our high out of pocket costs and other problems with health plans. Whether we use “Inner Circle” physicians and services or are forced to find a provider outside the “circle,” out of deductibles, co-insurance payments, and other out of pocket costs are considerable.

Read about the problems with health insurance costs and our contract proposals to address them.

There is nothing “Smart” about Smart Square Scheduling System.

Meridian’s current proposals for their scheduling system would completely gut our current contract and our hard won rights and protections. These rights protect nurses and allow for safe patient care, keeping the right nurse at the patient bedside.

Management has not yet made any major proposals, but we are expecting proposals from them on a new scheduling program and changes to the health care plan. 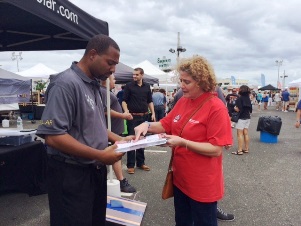 With a contract expiration date of October 31, our negotiations with Meridian began last week. A priority issue for our local – as well as our sister Local 5138 at Southern Ocean Medical Center – is to improve staffing levels in order to provide stronger protections for patient safety and quality patient care.

While we are fighting for better contract language on staffing and other key issues, we are also reaching out to the community to urge them to support our fight for better staffing levels. We initiated our community outreach campaign by talking to community members at Oysterfest in Asbury Park yesterday. We circulated a petition supporting safe staffing levels and got a great response.

Our attendance at Oysterfest is the first in a series of community events we will attend to inform the public of ways they can help to keep patients safe at Meridian hospitals.

Photo below: HPAE members Marty Marino, Peg Schaub and Amy Addeo talking with a community member about HPAE is fighting for safe staffing. 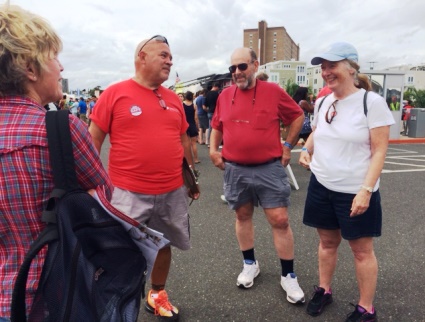 We Need Your Input! Fill Out the Online Contract Survey

Our contract expires on October 31, 2015. Your executive board is already preparing for negotiations, which will commence in August. Contract Action Team leaders have had their first meeting. It is now time for the general membership (YOU) to make your opinions known. Please fill out the Local 5058 Contract Issue Survey and let the executive board and negotiating team know what you think.

Local 5058 At the AFT PIC Conference

The American Federation of Teacher’s Nurses and Health Professionals 2015 Professional Issues Conference (PIC) is currently underway in Chicago. Local 5058 members are joining with other AFT nurses and health professionals to discuss our most significant challenges and strategies to respond effectively to them. 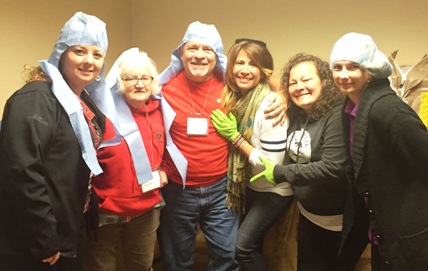 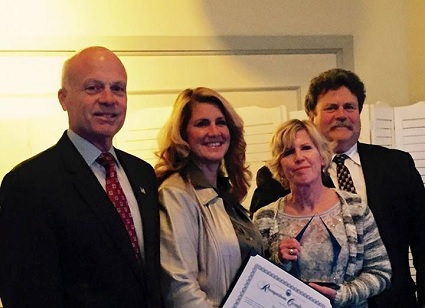 Peggy has been an active member of the Monmouth and Ocean Counties Central Labor Council for many years. She volunteers and recruits for the CLC’s Belmar St. Patrick’s Day Parades, the Gold Fundraisers, and Blue Claws Military Day.

In addition, Peggy is actively involved in various community actitvities. She is a member of the Jersey Shore Running Club and volunteered for that organization’s “Kids Run the Nation” after-school program. Peggy has also volunteered for over 20 years for the annual Special Olympics Track and Field Day.

Kendra McCann’s op-ed in support of safe staffing standards in hospitals, including nurse to patient ratios, has appeared in the Asbury Park Press. Kendra’s op-ed is part of HPAE’s campaign to pass S1183, legislation that would mandate safe staffing levels and acuity systems in hospitals.

Local 5058 Joins with Other HPAE Locals in Lobby Day

Lobby Day was a great success. Over 300 members of HPAE and other healthcare unions in the Coalition for Patients Rights and Safe Staffing (CPRSS) came to Trenton to talk to state legislators about the need for staffing legislation, including nurse to patient staffing ratios, which ensure quality care and patient safety.

HPAE members throughout the state of New Jersey and southeastern Pennsylvania were enthusiastic and excited to participate in Lobby Day. During the day, we held 23 meetings with state legislators, many of whom pledged their full support for a safe staffing bill.

Local 5058 and Local 5138 members with State Senator Beck in the State Capitol building: 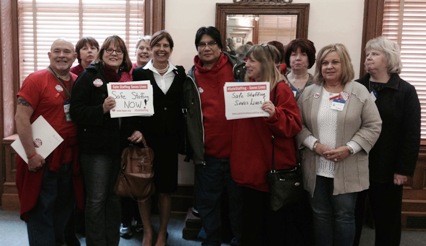 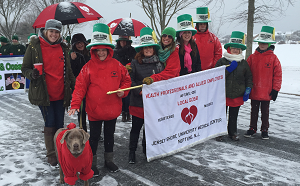 Continuing an annual tradition despite the bitter cold temperatures and snow, Local 5058 members joined thousands in Belmar for the 42nd St. Patrick’s Day parade. We even had a canine mascot to keep us company.

More photos from the Parade: 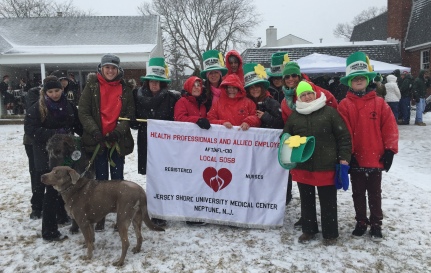 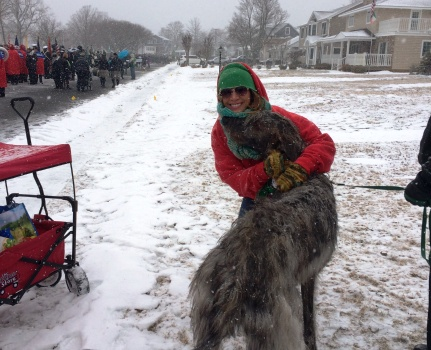 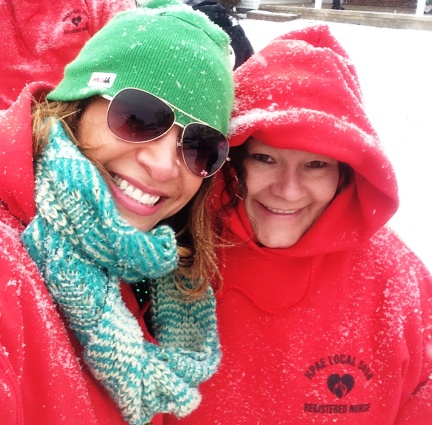 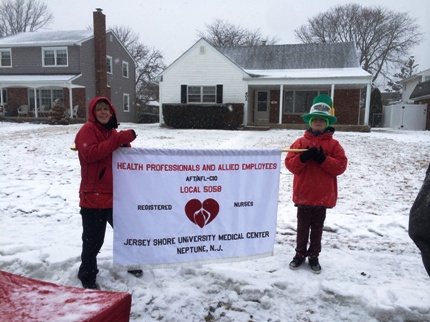