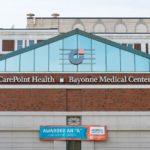 The assignment of a state monitor to review the finances of the three CarePoint Health hospitals in Hudson County is a welcome development in a twisting, turning saga in which the welfare of residents is literally at stake.

Troy is undoubtedly facing a daunting job as the labyrinth of companies involved in running the three for-profit hospitals was well-documented in a scathing state Commission of Investigation report from last March.

More recently, concern over the fate of the three hospitals, particularly Christ, escalated when it was learned that CarePoint has reached an impasse in negotiations to sell Christ and Hoboken UMC to RWJBarnabas, the chain that owns Jersey City Medical Center and 15 other hospitals in the state.

Complicating matters are the interests of the owner of Alaris Health, a chain of New Jersey-based nursing homes, who purchased the land that both Bayonne Medical Center and Hoboken University Medical Center sit on, becoming the hospitals’ principal landlord.

The hospitals, which were acquired out of bankruptcy, are owned by Vivek Garipalli, James Lawler and Jeffrey Mandler through layers of limited liability companies. At the top of the list of the LLCs is IJKG, the company first created to purchase Bayonne Medical Center in February 2008.

From 2013 to 2016, IJKG, which has no employees, billed Bayonne Medical Center approximately $98.8 million for management services, the SCI report said. Sequoia Healthcare Management, which also has no employees, billed Christ Hospital about $30 million and Hoboken University Medical Center $28.8 million, also for management services, according to the report.

Kudos to Jersey City Mayor Steve Fulop for getting the governor’s office involved and to him and Hudson’s state legislative delegation for pushing a meeting next week with all stakeholders.

Elected officials and state Health Department officials must keep the heat on to prevent the loss of any of these hospitals, each of which is needed in growing Jersey City, Hoboken and Bayonne and each of which employ hundreds of people.

As documented in the SCI report, the owners of the CarePoint hospitals have greatly profited from the illnesses and injuries of the people who use their hospitals. They cannot be allowed to now leave them in the lurch.