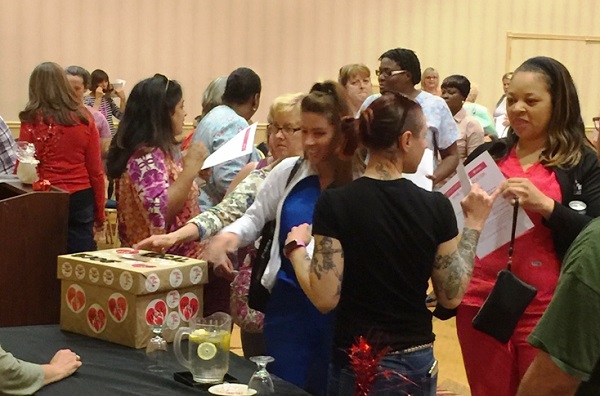 With less than two weeks before the expiration of their contracts on May 31st, RNs at Cooper University Healthcare (Local 5118) and Virtua (Local 5105) have each voted to give their Negotiations Committee the authority to issue a 10 day strike notice to management if necessary to achieve a good contract.

Both HPAE locals have made staffing a key priority in the negotiations, along with other working conditions, compensation, and benefits. At this point, management has failed to respond seriously to union proposals in these areas.

Each Negotiations Committee is receiving solid support from the membership. On Monday, nurses at Local 5118 came together in unity to express their concerns about safe staffing, float districts, uninterrupted orientations for new nurses and charge nurses not having to take a patient assignment. They also want a wage increase that allows them to keep working at Cooper. The members had already voted to give their Committee the authority to issue a 10 day strike notice.

Photo below: Several Cooper nurses participating in the leafleting. 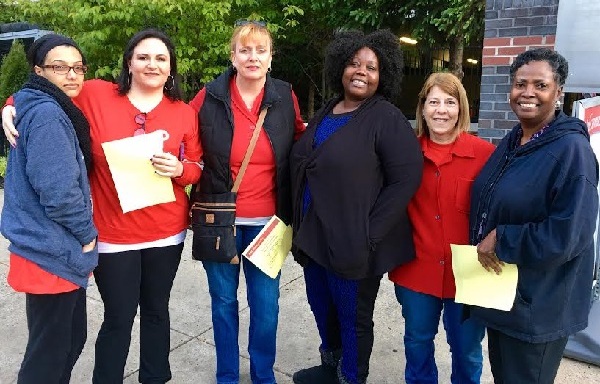 Then, on Wednesday, Virtua nurses attended membership meetings to hear an update about the negotiations from local officers. At the meetings, they voted by an overwhelming margin to give the local Negotiations Committee the authority to issue a 10 day strike notice to management.

Both Committees are working very hard to achieve contract settlements which reflect the needs and concerns of RNs at both facilities.