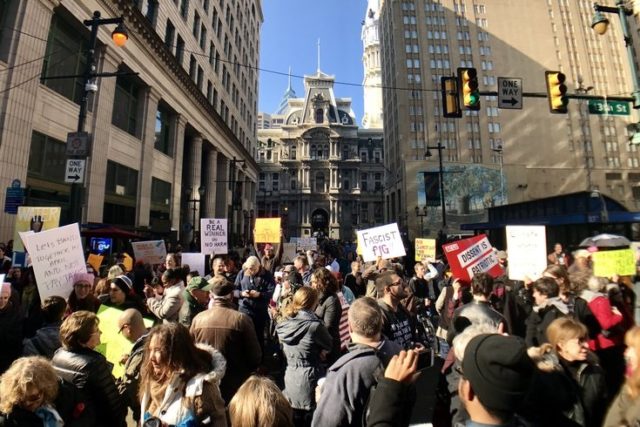 Over a thousand people rallied in Philadelphia today to protest the plans of the Republican Congress and President Trump to repeal the Affordable Care Act and to cut taxes on the rich.

HPAE members, staff, and supporters joined the peaceful rally which was held several blocks from the Loews Hotel in center city Philadelphia, where Republicans are holding a three day retreat to discuss how and when they will repeal the Affordable Care Act and achieve their other policy goals.

Protesters were kept away from the hotel by the U.S. Secret Service, which had created a secure perimeter to limit access to streets bordering the Loews Hotel.

Read an article from the Philly Voice on the rally.

Photos of HPAE participants with union stickers in the rally below: 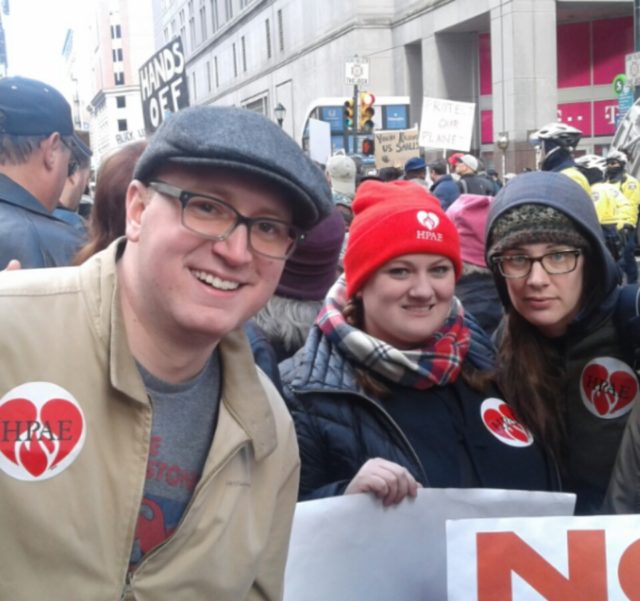 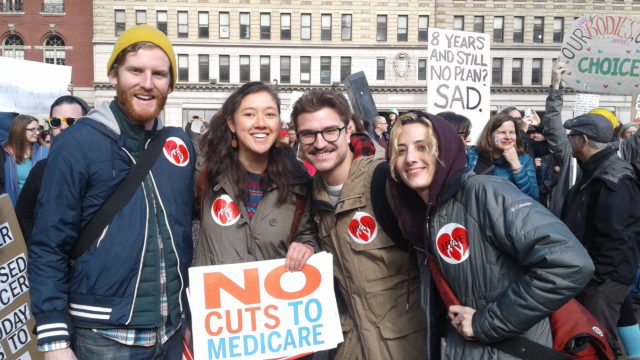