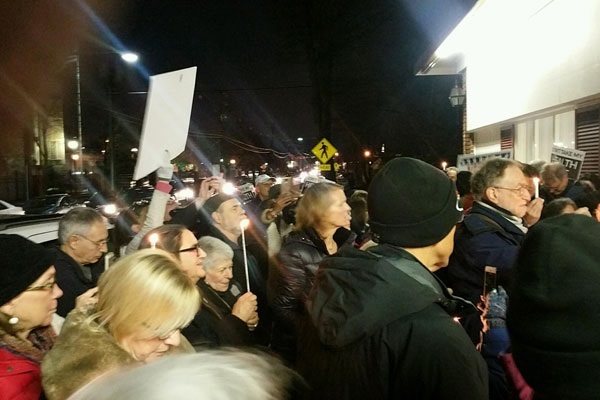 Hundreds of people rallied outside of Congressman Lance’s Town Hall

Repealing the federal Affordable Care Act would have a direct impact on more than 1 million New Jersey residents — and could even kill nearly 800 of them over the next 12 years — while saddling the state with some $4.2 billion annually in additional costs, according to new data released Tuesday by advocates seeking to preserve the landmark law.

The latest report from New Jersey Policy Perspective notes that the law benefitted 212,000 Garden State seniors by reducing the cost of prescription drugs not covered by Medicare, while also enabling roughly 800,000 low-income people to obtain health insurance through Medicaid or the private insurance market. Without this coverage, dozens of these individuals would likely die each year, the authors found. The state would also lose billions in annual federal funding if the law is rescinded and, with less money available for healthcare, 86,000 jobs would disappear.