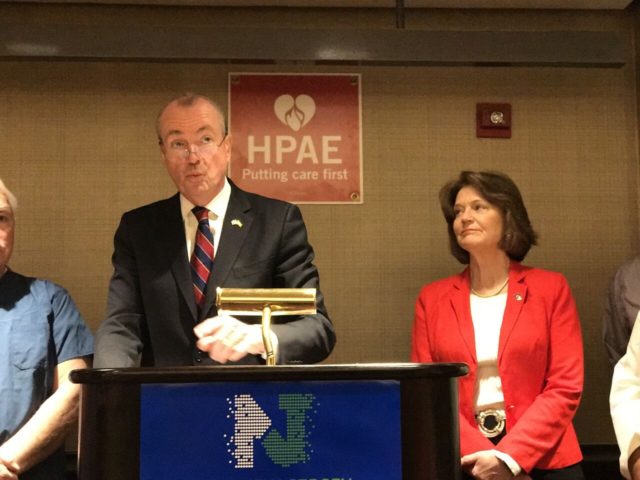 East Brunswick — Phil Murphy this morning was endorsed by the 13,000-member HPAE, New Jersey’s largest nurses and healthcare professional union. The announcement comes on the seventh anniversary of the signing of the Affordable Care Act, and on the day the House of Representatives will likely be voting on the repeal of the landmark health care law.

Twomey said HPAE’s decision to endorse Murphy was bolstered by his strong support for preserving and protecting the care of New Jerseyans under the Affordable Care Act. Under ACA, more than 750,000 residents have been able to receive health care, many for the first time. The law has also protected millions of residents with pre-existing conditions from losing health care, and has supported roughly 24,000 jobs in the nursing profession.

Twomey also cited Murphy’s support for closing the out-of-network loophole that some hospitals have exploited to pad their bottom lines, as well as for ensuring state-required inspections of health care facilities.

“In almost every poll of the most respected professions, nursing lands at the very top, and for good reason,” said Murphy. “The victory against President Trump’s misguided and potentially disastrous repeal will come in large part because the members of HPAE — those who know the value of care the best — stood up for what was right and for the men, women, and children they serve every single day. I am proud to stand beside them to ensure that every New Jerseyan receives the high quality care he or she deserves.”

Photo below: HPAE leaders and staff with Phil Murphy: 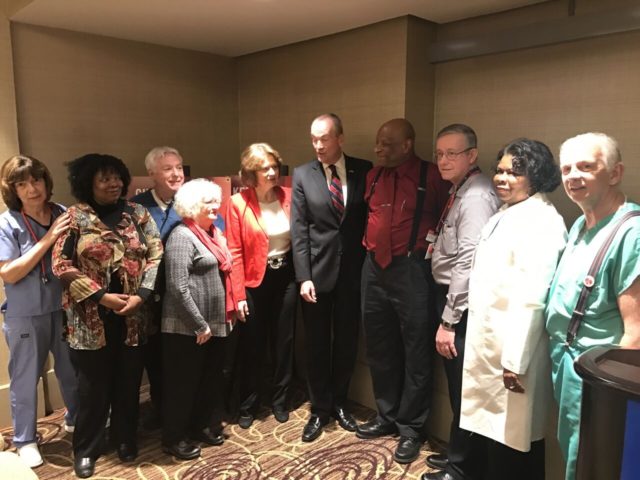