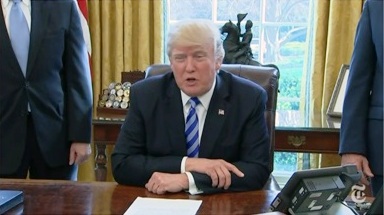 House Republican leaders, facing a revolt among conservatives and moderates in their ranks, pulled legislation to repeal the Affordable Care Act from consideration on the House floor Friday in a major defeat for President Trump on the first legislative showdown of his presidency.

“We’re going to be living with Obamacare for the foreseeable future,” the House speaker, Paul D. Ryan, conceded.

The decision of the Trump Administration to pass the bill to repeal and replace the ACA (Obamacare) failed today. It failed because we steadfastly opposed the repeal.

We opposed it because the ACA works!! The ACA works because people are getting health care treatment they never would have received except for the ACA.

Thank you for what you did to defend the ACA. Be aware – it is not over. There will be continued efforts to reduce health care coverage for those who need it, by those who prefer a tax cut – the wealthy.

You are on the right side of RIGHT.

The failure of the Republicans’ three-month blitz to repeal President Barack Obama’s signature domestic achievement exposed deep divisions in the Republican Party that the election of a Republican president could not mask. It cast a long shadow over the ambitious agenda that Mr. Trump and Republican leaders had promised to enact once their party assumed power at both ends of Pennsylvania Avenue.