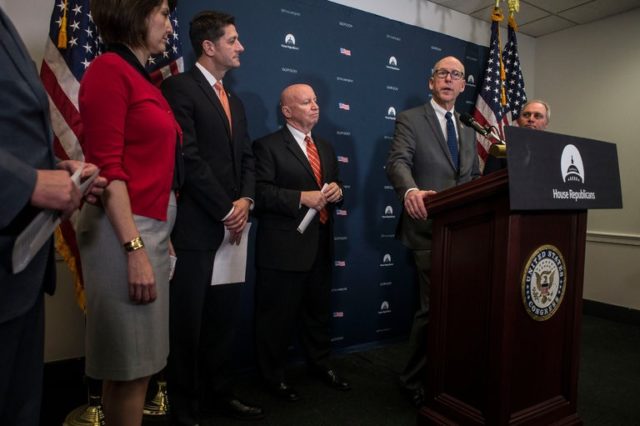 Congressman Greg Walden (R), chair of one of the House committees which is developing a bill to repeal Obamacare, holding a press conference

WASHINGTON — Republican plans to repeal the Affordable Care Act have encountered a new obstacle: adamant opposition from many older Americans whose health insurance premiums would increase.

AARP and its allies are bombarding congressional offices with objections as two House committees plan to vote on the Republicans’ bill this week.