New Policy on Sick Time and Other Issues – Member Update

Management has implemented a new policy regarding the use of sick time. The primary change from previous versions of the policy is that now a sick note is required for every single-day absence instead of after two days.

In addition, we continue to address unpaid medical bills from 2011, 2012, 2013, and 2014. Please share any communications regarding these bills with the Union Office as soon as you receive them; the sooner we have them, the more likely we can intervene with collections efforts. We now have a letter from the attorney who is handling the lawsuit that we can send to providers and collectors. The attorney’s letter asks them to understand that the non-payment of medical bills is not your fault and urges them to join the lawsuit against management. When you get collection notices, you can scan them and send to clevine@hpae.org or fax them to Carlton at 201-262-4335.

The trial at the National Labor Relations Board (NLRB) has had almost 25 days of hearings between December 2013 and April 2014. More than 40 witnesses have been called by the US Government and the Hospital’s defense attorneys. Unfortunately, the conclusion of the trial has been further delayed by a legal dispute which has been referred to the National Board in Washington DC.

There is no prediction of when that Board will issue a decision – it could be tomorrow or it could be in a couple of months from now.We are continuing to fight for our rights regarding layoffs, health insurance, pension, and many other issues. We will let you know when there is a decision and a date for the trial to resume.

Two arbitrators found that Cynthia Brizzi, Vice-President of the Technical unit, had been terminated without Just Cause by MHMC. They ruled that she was entitled to return to a full-time job and back-pay for part of the time she was out of work. For personal reasons, Cindy has decided not to return to MHMC.

In May, HPAE State President, Ann Twomey, sent a letter to MHMC’s new CEO Thomas Considine asking for a meeting. The hope is that Mr. Considine will extend his public pronouncements of a new era at MHMC to the hospital’s relationship with HPAE. A meeting has been scheduled for June 16th. We will let you know the outcome of that meeting.

The  National Labor Relations Board in Newark has issued an extensive complaint against Meadowlands Hospital based on HPAE’s charges against the hospital’s owners.

A trial will begin tomorrow, Tuesday, at the Labor Board in Newark before a Federal administrative law judge.  The judge will determine if the law was broken.  The Labor Board attorney will be presenting the case to the judge along with our lawyer. The trial will continue on Wednesday and Thursday and then resume in January after the holidays.

Some of the issues that will be addressed are the failure of Meadowlands to pay medical bills; the unilateral change in health insurance coverage; failure to properly implement layoffs, and the proper recall of employees; and  the failure to properly utilize and pay nurse interns.  Finally, the judge will decide on our complaint that the hospital failed to make make required pension payments.

This is being done to protect your rights and recover what you are owed.   We will keep you updated during the trial.

A Health Insurance Alert From Your Union

Do you think that one or more of your health insurance claims was denied (or not paid in full) when it should have been paid?  If you think a mistake was made, you must file an appeal with Magnacare within 180 days of receiving your Explanation of Benefits (EOB).  If you do not appeal an EOB mistake within 180 days, you might not be able to get it corrected later. For any EOBs you received last Spring, the 180 days will run out very soon.

Click Here for the Complete Letter and the Appeal Letter

HPAE President Ann Twomey provides another update to the membership. She discusses the recent news that the hospital’s owners have taken in millions of dollars in profits for themselves while refusing to pay legitimate medical bills and leaving the hospital underfunded, understaffed, and in disarray.

HPAE President Ann Twomey provides an update to the membership about recent developments at the hospital, including the NLRB complaint regarding unfair labor practices and HPAE’s testimony before a State Senate committee about patient and worker violations at the hospital.

Emerson, NJ…   “Today HPAE learned that the NJ Department of Health (NJDOH) is requiring that Meadowlands Hospital owners hire an independent financial monitor to review financial statements for the past three years, as well as financial projections into 2017 and report to the NJDOH, according to a letter sent from the NJDOH to the Meadowlands Hospital CEO on May 24.

For the past two years,  consumer advocates, HPAE-  the health care union representing nurses and staff at Meadowlands Hospital – and NJ Senators Weinberg and Vitale have all called on the Department of Health to require an independent monitor at the hospital, because of repeated failures by the hospital to file financial reports with the DOH; because of questions regarding the financial viability of the hospital; possible financial irregularities; and the hospital’s fluctuating operating margins. At one point at the end of 2011, the hospital owners took in more than $8 million in profits while the hospital had less than one day’s cash on hand.

As the union representing nurses and health care workers at Meadowlands Hospital, we remain committed to protecting the original mission of our community hospital, which has been adversely affected by staffing cuts and layoffs, patient safety violations, violations of employee rights, drastic changes in employee working conditions, failure to pay employee health care costs as required, and the hospital owner’s refusal to provide financial statements to the DOH, as required by law.

Meadowlands Hospital owners have consistently refused to comply with the requirements of NJ law, as well as federal labor law.  We hope this is the beginning of providing the community, patients, taxpayers and workers with the information needed to hold the owners accountable for transparency, and for the legal protections afforded by NJ and federal law to patients, community residents and workers.” 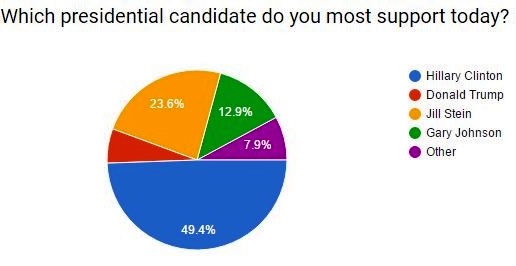