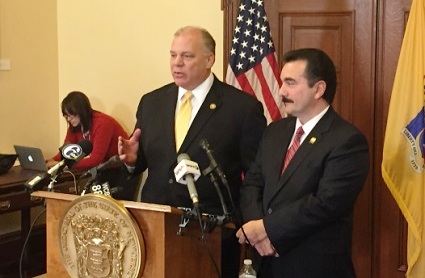 Too many of our fellow New Jerseyans go to work every day, some to two jobs, and do not make enough money to put food on the table, pay the heating and electric bills, and clothe and put a roof over their children’s heads.

For too long, the ranks of the working poor have been growing, the middle class has been shrinking, and more and more of the wealth of our society has been flowing into the pockets of the richest 1 percent

That is why we have joined together to put New Jersey at the forefront of the “Fight For $15” movement by introducing legislation to raise the minimum wage from the current $8.38 an hour to $10.10, and to establish a schedule that will provide all of our state’s workers a living wage of over $15 an hour five years after the new measure takes effect.