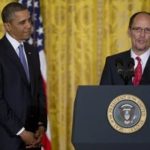 WASHINGTON — The Obama administration, in a far-reaching effort to improve the lot of workers that has ignited criticism from business groups, announced on Tuesday that it was making millions more employees eligible for overtime pay.

Under the new regulation to be issued by the Labor Department on Wednesday, most salaried workers earning up to $47,476 a year must receive time-and-a-half overtime pay when they work more than 40 hours during a week. The previous cutoff for overtime pay, set in 2004, was $23,660.

“This is a big deal to be able to help that many working people without Congress having to pass a new law,” said Ross Eisenbrey of the Economic Policy Institute, an early voice in urging the administration to take up the issue. “It’s really restoring rights that people had for decades and lost.”