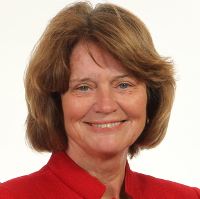 CJ is a clerk at a local hospital whose surgery should have been covered by his insurance, but the bills, while being disputed, were sent to a collection agency, negatively affecting his credit rating.  CJ works odd jobs in between his full-time job to help pay the mortgage and his children’s education, but he is falling behind.

CJ is not alone. There’s plenty of blame to go around for what some call a debt crisis in America. While the booming debt collection industry typically reaps a 20 percent return on investment, Americans are drowning in debt from medical bills, student loans, mortgages, credit cards and car loans. One in ten working Americans between the ages of 35 and 44 are getting their wages garnished because of debt.  And the pile-up of debt is causing many Americans to slip further and further into economic uncertainty and distress.

Americans pay three times more for medical debt than they do for bank and credit-card debt combined, according to a report from NerdWallet, an on-line financial education company. A recent Kaiser Family Foundation/New York Times study found that among people with health insurance, one in five reported having problems paying medical bills in the past year that often caused serious financial challenges.

Most of those with medical bill problems said they’ve had difficulty paying other bills as a result of their medical debt, and more than a third said they were unable to pay for basic necessities like food, heat, or housing, according to the Kaiser/New York Times study. Nearly 60% of those having trouble paying their medical bills reported having been contacted by a collection agency in the past year.

Hospitals that in the past would have worked out payment plans now send debt to collection agencies –a huge and profitable industry in our debt-driven society. Rachel, a phlebotomist at a local hospital, is one of those Americans  with credit card, healthcare, and student loan debt.  Her car accident resulted in a dispute between the car insurance company and her health insurer, and her medical bills wound up in collection, adding to her economic distress.

When debt like this goes to collection agencies, hard-working Americans end up paying more for other loans, like mortgages or car loans and find themselves in a spiral of debt that is hard to escape.  Ana is 56, and a supervisor at a hospital.  Ana is paying 25% interest on credit card debt to pay routine bills, at least in part because she is also paying off her child’s student loan debt, as well as medical bills that went to collections, raising the interest rate on her car loan.

HPAE, with NJ Communities United, recently conducted a survey of NJ residents, including healthcare workers, to evaluate the impact of debt on their lives, and found story after story like these, and even full-time workers faced serious consequences from their debt, including foreclosure.

Among insured, non-elderly adults struggling with medical bill problems, charges from out-of-network providers, or ‘surprise medical bills’, were a contributing factor about one-third of the time, according to the Kaiser/New York Times survey. Among the uninsured, 53% faced problems paying medical bills. For those working in the health care industry, we see and feel the impact of these surprise medical bills, both for our patients and for ourselves.   As hospitals and insurers limit their provider networks, hospital employees too, face large costs if they want to maintain their care with the provider who has treated them in the past.

One nurse who worked in a hospital at the NJ shore was admitted to the ICU, requiring a rapid response team during her stay.  One of the doctors who cared for her was not in her insurance network, and she was subsequently billed for the care she was given at the very hospital where she worked.

This story is not an isolated incident –  according to the NJ Policy Perspective, an estimated 168,000 people in the state receive a surprise bill each year due to ‘out-of-network’ care.   In recent years, some hospitals have cancelled insurance contracts, going ‘out-of-network’ as a business strategy, because they can charge insurance companies huge fees, and be assured payment.  In other cases, hospitals employ physicians who may or may not accept the same insurance the hospital does.

NJ Policy Perspective says that those surprises add up to $420 million, or $2,500 per consumer each year, and that as many as 5 million New Jerseyans pay up to a total of $956 million a year in  premium increases due to excessive out-of-network bills.

For too many of the 43 million Americans with medical debt, the reporting of these debts is often based on wrong or outdated information.  NerdWallet found rampant overcharges in hospital billing. In New York State,  an Attorney General settlement with credit bureaus instituted a waiting period of 180 days before the reporting of medical debt and improved the documentation and dispute process.

What is the answer?  NJ lawmakers are still wrestling with solutions to surprise medical bills, and some of the provisions of proposed legislation include:

Hospitals could also simply reform their billing practices, and delay reporting or selling debt and attempt to work out payment plans with consumers.

Whatever the source of debt, consumers are up against a system stacked in favor of collection agencies and credit bureau practices.  A 2013 study by the National Consumer Law Center (NCLC) reviewed state laws protecting debtors and their families from serious debt collection abuses. New Jersey was one of six states to receive the second-lowest overall score, a “D-.”

Because debt collection agencies often buy up old debt that can be riddled with errors and without the consumers’ knowledge, some states have enacted reforms. Some reforms including setting limits on selling debt older than seven years (similar to the Fair Credit Reporting Act); requiring debt collectors to provide consumers notice of the debt, and itemized records, charges and fees  and requiring admissible evidence of the debt. It’s time for NJ to review its own protections for consumers from abuses within this billion-dollar industry.

Ann Twomey is the Founder and President of HPAE