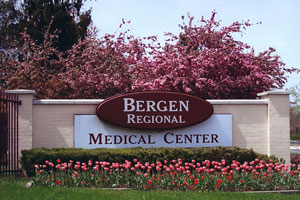 More than half the violent attacks workers suffered on the job were in hospitals, rehab facilities, group homes and other healthcare and social service facilities, according to reports collected by the federal government for 2014, and data collected over the previous decade suggests the problem continues to grow.

Concern for these workers prompted a coalition of diverse national labor unions – the AFL-CIO, American Federation of Teachers, Communications Workers of America, Teamsters, steelworkers, and groups representing government employees, among others – to join forces and call on the federal government to create a “comprehensive workplace violence prevention standard” to better protect those in healthcare and social service fields. The Health Professional and Allied Employees, New Jersey’s largest healthcare union and an affiliate of the AFL-CIO and AFT, also joined the campaign.

In a petition sent Tuesday to U.S. Secretary of Labor Thomas E. Perez, the labor groups said the increase of workplace violence in the healthcare sector demonstrates the inadequacy of the current Occupational Safety and Health Administration (OSHA) policy, which includes voluntary guidance for employers on how to reduce the threat of on-the-job attacks. Seven states – including New Jersey – have their own laws requiring employers to have prevention programs and New York has adapted a statewide standard for public facilities, they wrote.

In New Jersey, the 2006 Violence Prevention in Health Care Facilities Act requires hospitals to create a violence prevention plan to help protect patients, visitors and staff. The law calls for facilities to establish an oversight committee, a training protocol and a written plan; officials at the Department of Health can cite operations that don’t have these elements in place.