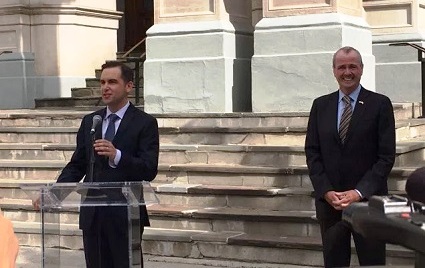 JERSEY CITY – Mayor Steve Fulop stood on the steps of Jersey City Hall on Wednesday to confirm rumors that he will not be entering the 2017 New Jersey gubernatorial race. During his announcement, Fulop also proclaimed that he would be endorsing Phil Murphy, the only Democratic candidate to have officially announced his intention to run for governor. Fulop said that he would be pursuing re-election as Jersey City mayor in 2017.