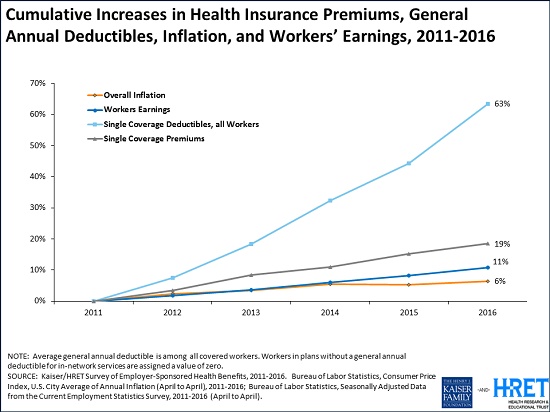 “We’re seeing premiums rising at historically slow rates, which helps workers and employers alike, but it’s made possible in part by the more rapid rise in the deductibles workers must pay,” KFF President and CEO Drew Altman said.