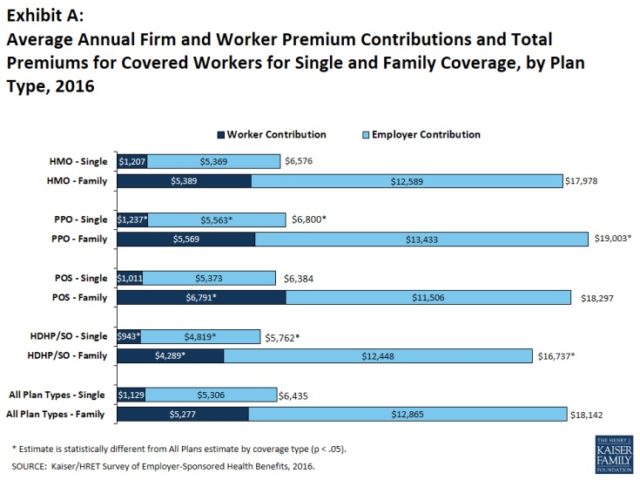 This is the fifth straight year of relatively low premium growth (family coverage growing between 3 and 4 percentage points each year), but the stability for premiums belies some other changes that have occurred during the period. Deductibles continued to grow in 2016; over the last five years, the percentage of covered workers facing a general annual deductible has grown from 74% to 83%, while the average single deductible amount (among those facing a deductible) increased from $991 to $1,478. These higher deductibles likely contributed to the moderating premium increases over this period.