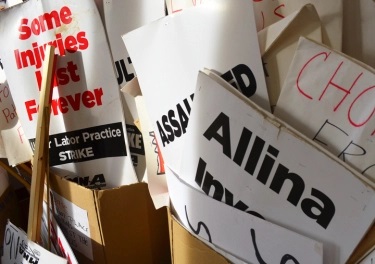 From the Union Advocate

Allina nurses voted yesterday to ratify a three-year contract and end their historic strike at five Twin Cities facilities, but their fight for workplace safety, adequate staffing and respect on the job isn’t over.

And after spending nearly a month and a half on the picket line this year, nurses know it’s a fight they are not in alone.