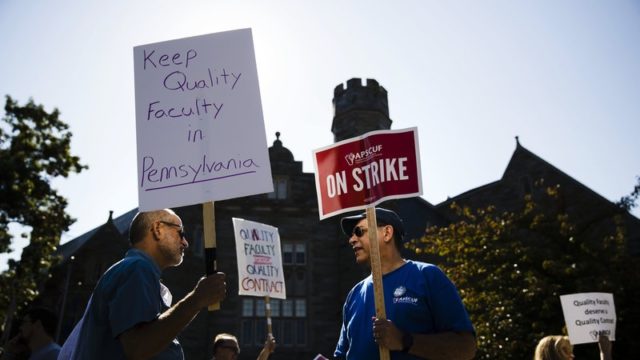 At issue are wages and benefits, such as salary, the cost of health care coverage, and changes to the number of students that faculty members have to supervise during internships.

The strike doesn’t include Penn State, Temple, Pitt or Lincoln which are not a part of PASSHE, a coalition of state schools with 107,000 students.