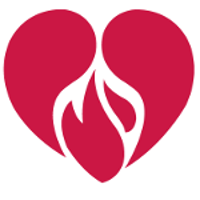 An independent Arbitrator has issued a decision that Bergen Regional Medical Center (BRMC) violated the union’ s contract governing workplace safety  and ordered the hospital to compensate a Registered Nurse for severe injuries she suffered following an assault two years ago. The arbitrator ruling, which included necessary medical and other expenses not covered by workers’ compensation and back pay came as a result of a grievance filed by HPAE, the union at the hospital.  The decision was awarded on October 11, 2016.

In addition, the Arbitrator’s award affirmed HPAE’s claim that BRMC failed to implement workplace violence prevention measures based upon New Jersey state law and federal OSHA recommendations.   “It was incumbent upon the Hospital to address the known risks of violence … but there was no evidence presented that it did…,“  arbitrator Lisa C. Charles wrote in the final decision.

“This was a clear cut case of failure to comply with the safety requirements of both the union contract and OSHA,” said Jeff Peck, RN, President of HPAE Local 5091.  “There have been too many nurses, care givers, and other patients who have suffered preventable injury. We hope this ruling will change that.”

“Workplace violence should never be considered as a part of the job.   It is preventable and entirely unacceptable,” said Ann Twomey, president of the 13,000 member HPAE.  “This case will make it easier for nurses and health care workers to speak up for safer conditions not only in their hospitals but also around the state. “

HPAE is the largest union of registered nurses and health care professionals in New Jersey. Since its founding by Englewood Hospital nurses in 1974, HPAE has expanded across the state and into Southeastern Pennsylvania representing 13,000 nurses, social workers, therapists, technicians, medical researchers, and other health care professionals in hospitals, nursing homes, home care agencies, blood banks, and university research facilities.