Trenton, NJ – January 10, 2017 — Human rights advocates are preparing to assemble on Wednesday, January 11th  along Cass Street outside New Jersey State Prison in Trenton. They will be condemning the use of solitary confinement in New Jersey prisons.

The rally is scheduled for 12:00pm and is being hosted by the New Jersey Campaign for Alternatives to Isolated Confinement (NJ-CAIC), whose members and co-sponsors include 18 advocacy organizations and many additional faith and community groups.

Bonnie Kerness, director of the Prison Watch Program at the American Friends Service Committee, is one of the members of NJ-CAIC scheduled to speak at the rally. “We’ve been monitoring human rights abuses in New Jersey prisons for decades,” says Kerness, “and since the use of isolation on prisoners was truly pioneered here, it is necessary that New Jersey becomes the first state to definitively ban this practice. Holding people in small cells for months or years at a time is torture, no matter what you choose to call it.”

Last October, NJ-CAIC and its allies celebrated the full passage of S.51/A.547 through both houses of the New Jersey legislature. Titled “The Isolated Confinement Restriction Act,” it aimed to dramatically reduce the number of prisoners housed in isolation units and called for stronger protocols and greater transparency by the Department of Corrections. In December, Governor Chris Christie vetoed the bill, and published a memo stating that New Jersey does not use solitary confinement.

According to Rev. Charles Boyer, NJ-CAIC member and pastor of Bethel AME Church, “Governor Christie’s statement, even more than his veto, indicates his unwillingness to stand for issues that deeply matter to people of faith and moral conscience. We have a truly broken criminal justice system, and the people of New Jersey need to come together to demand change. We cannot entrust criminal justice reform to this administration.”

Senator Raymond Lesniak, the primary sponsor of S.51, plans to speak at the rally, healthcare advocates, formerly incarcerated individuals, faith leaders, and human rights groups. Delivering the keynote address will be Larry Hamm, president of the People’s Organization for Progress.

The full list of co-sponsors for the event include: The American Civil Liberties Union of NJ, The American Friends Service Committee, The Campaign to End the New Jim Crow – Trenton and Princeton chapters, Health Professionals and Allied Employees of NJ, The Integrated Justice Alliance, The Jewish Alliance for Change, Lutheran Episcopal Advocacy Ministries of NJ, The National Religious Campaign Against Torture, the New Jersey Association of Black Psychologists, The New Jersey Institute for Social Justice, The People’s Organization for Progress, Salvation and Social Justice Coalition, Students for Prison Education and Reform – Princeton University, T’ruah – the Rabbinic Call for Human Rights, The Unitarian Universalist Legislative Ministry of NJ, The United Methodist Church Board of Church and Society – Greater NJ, Women Who Never Give Up, and additional advocates, faith leaders, and congregational committees in NJ. 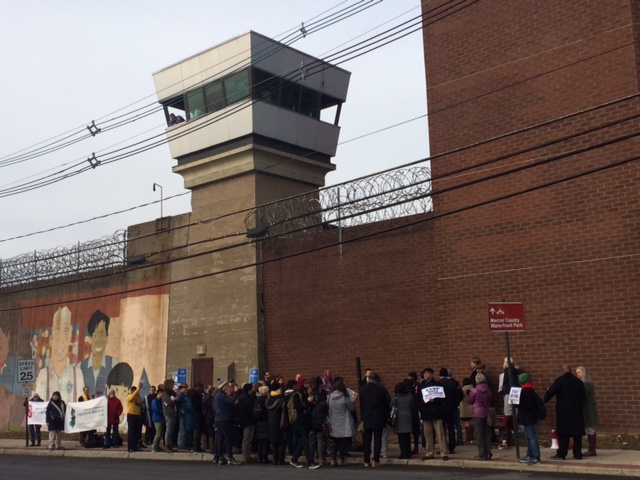