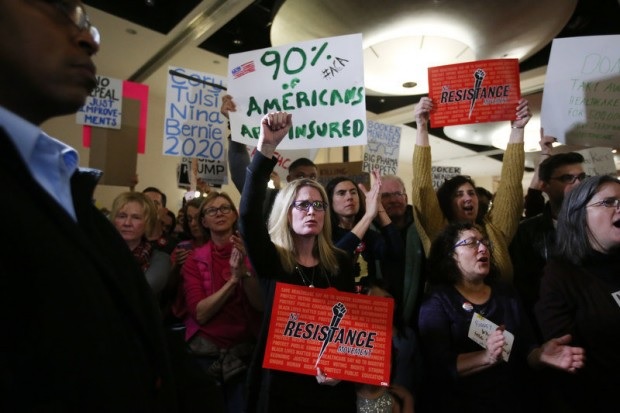 HPAE members, leaders, and staff participated at rallies in Camden, Newark, and Philadelphia today to demand that the Affordable Care Act (ACA) not be repealed and that millions of people maintain essential health care coverage.

At the MD Anderson Cancer Center at Cooper University Hospital in Camden, HPAE President Ann Twomey joined with Congressman Don Norcross, Dr. Generosa Grana, director of the center, and HPAE Local 5118 leaders to urge Congress to protect the gains we’ve made through the ACA. 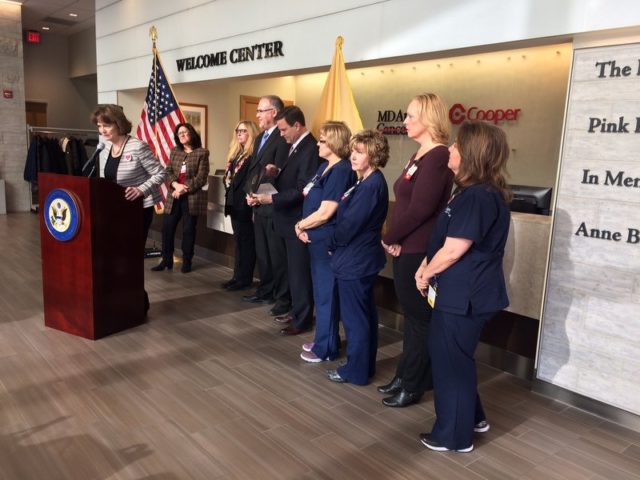 Ann said that “front line caregivers know that the increased coverage and preventative care available under the Affordable Care Act helped keep people out of emergency rooms and hospitals. Before the reforms, nurses would see many more people in the emergency room who weren’t getting regular care and were more likely to come back to the ER soon. They couldn’t afford the medications, the follow-up treatments.”

HPAE members and staff were part of the boisterous crowd of hundreds of people who jammed into the ballroom of the Robert Treat Hotel in Newark to support the ACA and additional healthcare reforms. New Jersey’s two U.S. Senators, most of the state’s Democratic Congressional delegation, state political leaders, and Newark Mayor Baraka addressed the crowd. 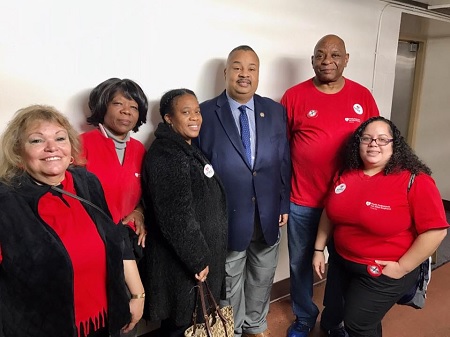 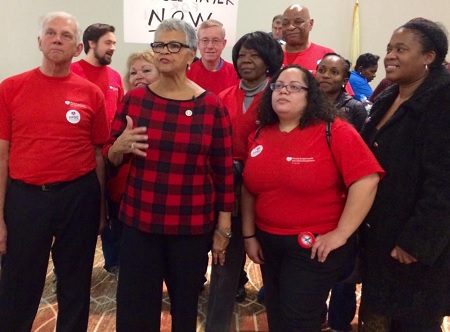 The turnout and the passion of the Newark rally inspired those who attended to continue the fight to protect our health care as the Trump administration and a Republican Congress move forward with their efforts to repeal the law.

Sue Clements and Gary Peoples from HPAE Local 5106 at Temple/Episcopal joined members of other unions, community groups, and activist organizations in support of the ACA at the  rally in Philadelphia. 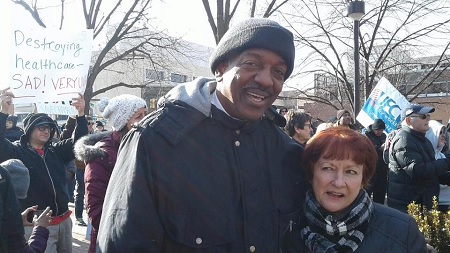