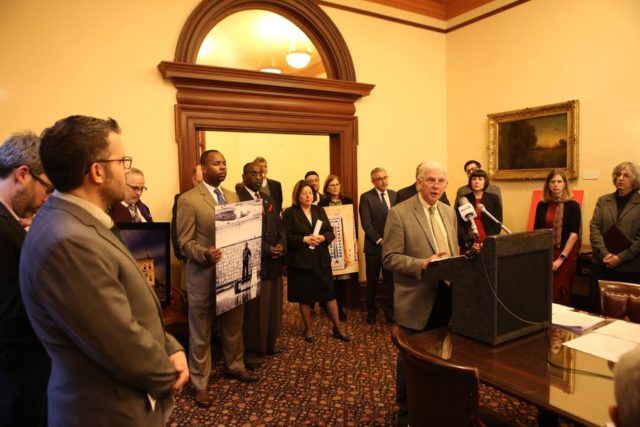 In his statement at the press conference held today, Gerard pointed out that “as healthcare professionals, we witness the devastating impact of pollution on the health of New Jerseyans, from chronic respiratory ailments to life threatening cancers. Reducing emissions in New Jersey can go a long way to prevent illness and reduce the need for costly and long term treatments.” Gerard said that HPAE supports Jersey Renews because New Jersey needs to “protect the health and safety of future generations by reducing harmful emissions and promoting renewable energy initiatives.”