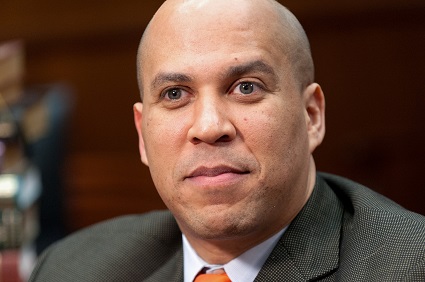 In a joint op-ed with HPAE President Ann Twomey published in the Star-Ledger, U.S. Senator Cory Booker emphasized that the repeal of the Affordable Care Act would have devastating consequences for Americans:

As a registered nurse from New Jersey, Claudia spent her entire life caring for patients. She too often witnessed those in need delayed or refused care simply because they couldn’t afford it. When Claudia retired and had to confront health challenges of her own and their accompanying costs, she almost became one of those patients herself.

But thanks to the Affordable Care Act, Claudia was able to access the lifesaving care she needed without fear that she would lose her life savings. “The Affordable Care Act saved my life,” Claudia said recently, before also sharing that she was “terrified that our president and the Republican Congress could take my coverage away, without anything to replace it.”

Millions of hardworking Americans and hundreds of thousands of New Jerseyans and their families have avoided financial ruin and benefited from the lifesaving access to health coverage the Affordable Care Act has provided through the marketplace, Medicaid expansion and important improvements to Medicare.

But the effort by Republicans in Congress and President Trump to repeal this lifesaving law will cause tens of millions Americans to lose their health insurance. More than 80 percent of those who lose insurance will be working families.

Allowing out-of-state health insurers to sell policies in NJ is the wrong prescription to fix the problem of providing affordable health insurance in our state.

Just last week, the non-partisan Congressional Budget Office warned that in addition to causing 32 million Americans to lose their health insurance within a decade, a repeal of the ACA would mean premiums for everyone would increase by 25 percent in the first year alone.

And here in New Jersey, nearly 800,000 residents, including 98,000 children, would lose their health coverage.

If the president and Congressional Republicans move forward with this reckless effort, millions of the poorest Americans who gained coverage through the ACA’s Medicaid expansion could lose their coverage — a repeal would mean 1 in 10 New Jerseyans lose their Medicaid coverage. And a repeal will mean that seniors and people with disabilities who rely on Medicare could once again be forced to go back to a time when they cut pills in half or skipped doses because of costly prescriptions.

And patients and their families won’t be the only ones who suffer: states that lose Medicaid funding will be thrown into fiscal crisis, threatening not only healthcare, but other critical services like public education. Hospitals and our communities will be forced to foot the bill for uncompensated care. New Jersey stands to lose over $1 billion in healthcare funding, impacting healthcare facilities in every region of our state.

Uncertainty about what could replace the Affordable Care Act has Democrat lawmakers terrified the state budget could be blown to smithereens.

If Republicans in Congress move forward with a repeal, they will be making a clear choice to jeopardize the security of working families for the sake of partisanship, profits and private interests.

The devastating consequences of a repeal cannot be overstated: more uninsured Americans, higher premiums for everyone, bigger bills for families and hospitals and untold economic chaos — but most importantly, life threatening disruptions in coverage to people like Claudia and so many Americans like her.

Claudia spent her whole life caring for others — we urge Congressional Republicans to summon a fraction of her empathy and compassion, and not endanger the health coverage of millions in pursuit of a repeal of the Affordable Care Act that Americans can’t afford.