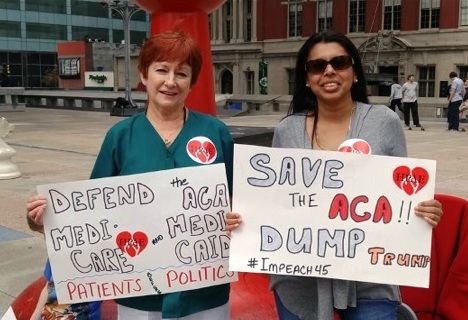 Hundreds of concerned citizens, including many healthcare professionals, came out to a rally in downtown Philadelphia on Saturday to defend the gains we’ve made in providing healthcare benefits to millions of previously uninsured Americans through the Affordable Care Act (ACA). Local 5106 was represented by Sue Clements, RN and Bindu Josephs, Ultrasound Tech. 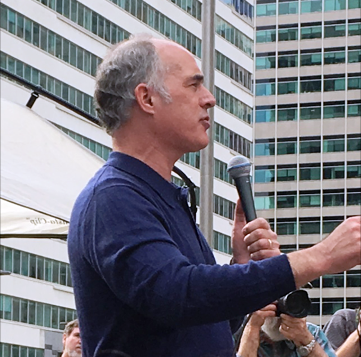 The organizers from the Women’s March Movement started the rally with the chant, “This is what democracy looks like!” The speakers included City Council Member Helen Gym, State Representative Dwight Evans, and U.S. Senator Bob Casey. The U.S. Senator got big cheers by declaring that Republicans do not have a plan but rather a scheme to take health care away from millions. “We’ve got a plan. Let’s fight them,” he urged the crowd.

Several people who have benefited greatly from the ACA told their stories. A young man with multiple sclerosis (MS) talked about the ACA’s provision which prohibits lifetime caps, which  will enable him to afford his insurance and the medications he needs. A mother with twin daughters who were diagnosed with cancer explained how the ACA’s benefit provisions have been crucial for her family. A nurse practitioner who works in an outpatient healthcare facility reported the excellent outcomes of early diagnosis and treatment of chronic diseases, saving people from needless suffering and costly hospitalizations.

Among the participants, no one could detect anyone paid to attend the rally, except for the professional  protesters in the photo below, who were paid with potato chips to attend. 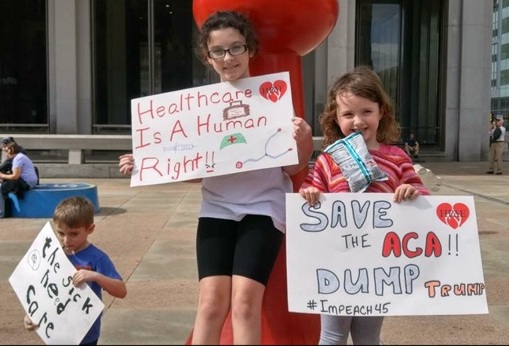 Read more about the rally in Philadelphia.