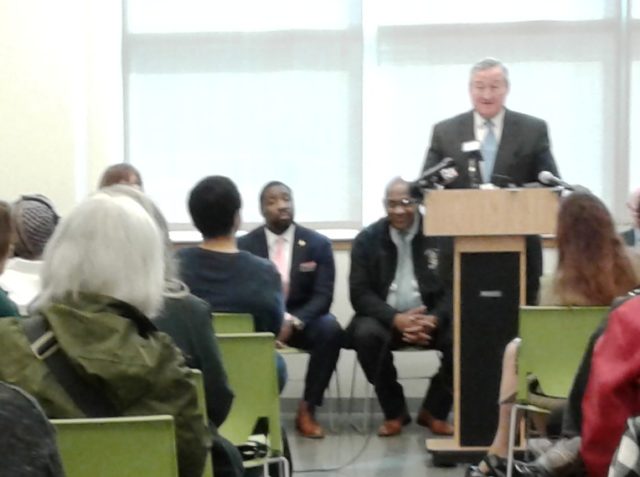 Health Commissioner Dr. Tom Farley, and Behavioral Health Commissioner David Jones spoke about the importance of preserving the ACA in Philadelphia, where 220,000 Philadelphians obtained coverage through the ACA and Medicaid expansion. Adrienne Gunther, a University of the Arts graduate with multiple sclerosis, shared how the Medicaid expansion of the ACA gave her coverage when her condition caused her to be unemployed.