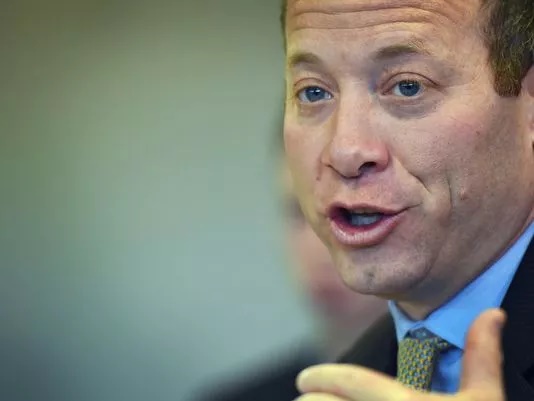 I’m concerned that seniors in New Jersey may be left in the cold and that our state will face higher costs and taxes.

The bill currently before the House of Representatives is an attack on seniors and pocketbooks across New Jersey. First, it violates the principle of sound insurance by including a premium “Senior Tax” that would make older Americans pay five times more for their health care.

The AARP found that for some 64-year-olds, their annual premiums would go up by $7,000 a year. This would force too many people on a fixed income to choose between medication and meals.

Second, this bill puts Medicare on the chopping block by shortening the solvency of the Medicare Trust Fund. Our seniors pay into Medicare through a lifetime of hard work and deserve the security of knowing they will be able to access health care when they need it.

Third, the bill before Congress also takes aim at long-term care that supports the elderly and disabled. Three out of five New Jersey nursing home residents rely on Medicaid to be able to access long-term care. No senior should fear being thrown out of their nursing home.

Fourth, if the ACA were repealed altogether without a smart replacement, the Medicare Part D “Doughnut Hole” could open back up, costing seniors an additional $2,000 a year for their prescription drugs. That’s why I wrote congressional leadership urging them to protect this critical component of the law. Increasing the cost of the drugs that our seniors depend on is unacceptable.

I can’t – and won’t – sit idly by while our seniors are under attack.  Our nation has made a promise to our seniors that after working hard and paying into Medicare throughout their careers, they will always have access to health care.

Finally, it’s not only seniors who would be hurt. This bill amounts to another big tax on New Jersey residents.

As four Republican governors wrote to congressional leadership, “[The House approach] shifts significant new costs to states.”  By cutting Medicaid and switching to a per-capita cap system, our state would receive a fixed amount of funding regardless of our actual health costs, robbing the resources we need for our seniors. We likely would be stuck holding the bag for other states, suddenly paying more of their costs.

Despite how much we overpay in taxes right now, by gutting Medicare and Medicaid New Jersey could be forced to raise taxes on all of us, ration care and short-change our residents to close that deficit. Our taxes are already too high; we don’t need another health-care tax added to New Jersey’s tab.

There’s a reason seniors, doctors and hospitals are speaking out against this plan. Hackensack University Medical Center, our area’s largest employer, stands to lose $132 million that it needs to provide quality care to people who need it in our region, risking new investments in treatment and innovation.

Other area hospitals like Valley and Holy Name would take a major hit as well – and they account for more than 16,000 jobs. Hospitals in the Fifth District contribute more than $3 billion to the state and locally. We can’t take these concerns lightly.

As I’ve long said, I will work with anyone, regardless of political party, to fix the ACA, including repealing the Medical Device Tax and the Cadillac Tax. But my approach to governing is about bipartisan problem-solving – not raising taxes and creating unnecessary chaos and hardship.

I encourage you to contact me with your ideas. There are many things we can do, working together, to improve health-care affordability and accessibility for seniors and all of us.

But this House bill doesn’t get that done.