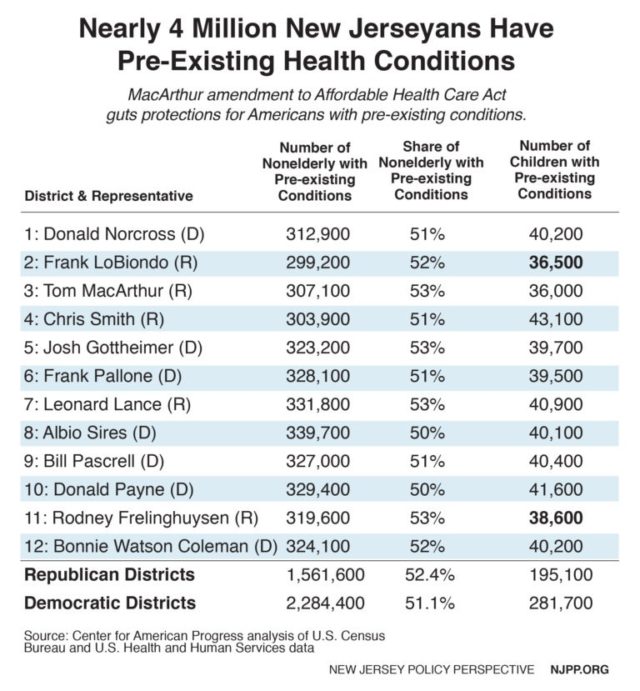 Rep. Tom MacArthur of New Jersey’s 3rd Congressional District – the only member of the state’s Congressional delegation who supported the first iteration of the American Health Care Act – has now resurrected the bill with a new amendment that retains all the worst elements of the original plan to repeal and replace the Affordable Care Act and sharply reduces protections for pre-existing conditions and other health benefits.

Because the MacArthur amendment leaves most of the previous bill intact, in New Jersey the proposal would still cause:

Read the complete report from the New Jersey Policy Perspective.