After overwhelmingly ratifying their first contract at a meeting on June 16, Local 5629 members at Sunrise House returned to work today after the substance abuse rehab center received approval from the New Jersey Department of Human Services to reopen. HPAE staff and officers were at the facility to meet with Sunrise House workers to discuss the return to work and the new contract which was recently negotiated with management.

The return to work occurred exactly one year after Sunrise House workers voted to join HPAE by a 5 to 1 margin. 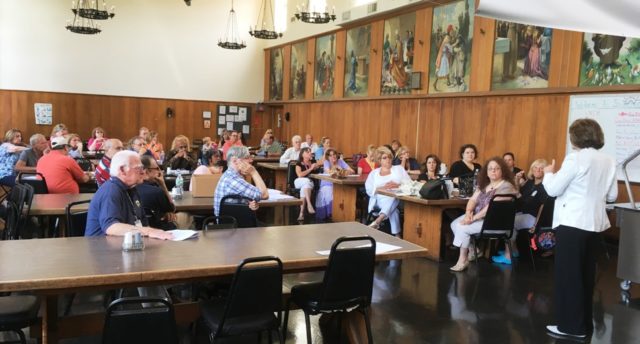 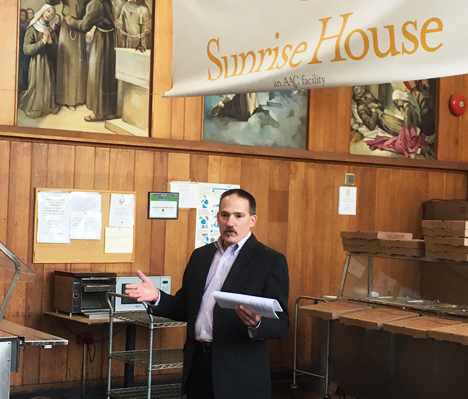 HPAE President Ann Twomey spoke about the tremendous courage and perseverance of the workers, who remained strong and united despite being locked out by management for over three weeks before a contract settlement was reached. Ann specifically highlighted the role of the Negotiations Committee members for their strong and professional advocacy for our union’s proposals.  Fred Trapassi, facility CEO of Sunrise House,  noted that, while the negotiations had been difficult at times, both sides eventually came together to achieve a settlement that works for both sides. He said that “we look forward to the creation of a true partnership with the HPAE and our employees and the on-going provision of exceptional treatment services here at Sunrise House. ”