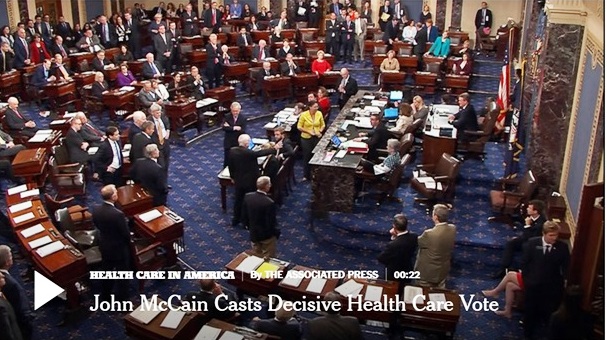 From The New York Times

Senator John McCain of Arizona, who just this week returned to the Senate after receiving a diagnosis of brain cancer, cast the decisive vote to defeat the proposal, joining two other Republicans, Susan Collins of Maine and Lisa Murkowski of Alaska, in opposing it.

The 49-to-51 vote was also a humiliating setback for the Senate majority leader, Mitch McConnell of Kentucky, who has nurtured his reputation as a master tactician and spent the last three months trying to devise a repeal bill that could win support from members of his caucus.