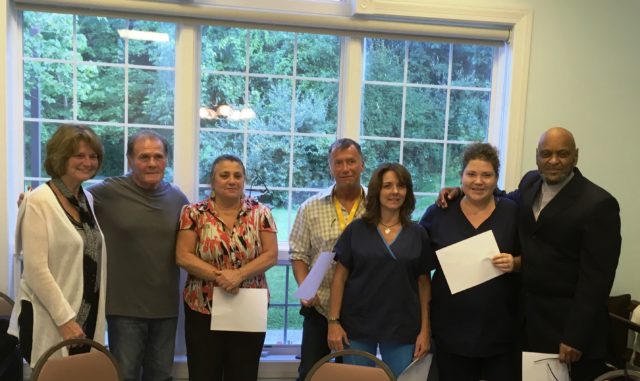 HPAE President Ann Twomey gave the oath of office to the newly-elected of officers of HPAE’s newest local union last Thursday prior to the first meeting of Local 5629’s Executive Board.

After being sworn in, the new officers made a number of important decisions, including the appointment of Union Representatives who will advocate on behalf of their co-workers and enforce the contract. The Union Reps are Donna Braun, Daphne Hill, Steve Martin, Chrissy Miller, and Sharon Storms.

The LEB also identified the members who will function as “Union Liaisons” at Sunrise House, providing their co-workers with information about our union and helping to mobilize members for union activities

The local officers, Reps, and Union Liaisons will be receiving training from HPAE staff on how to become effective and knowledgeable union advocates.