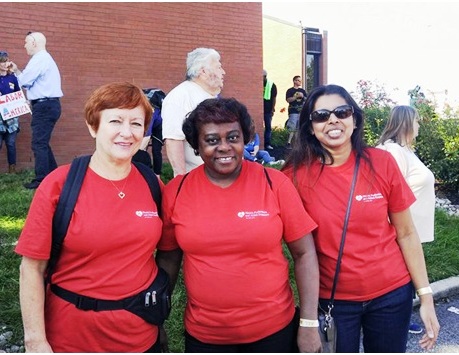 Local 5106 members Venus Weaver  and Bindu Joseph joined Local 5106 Vice President Sue Clements and her family to march in the Labor Day Parade with members of over  40 unions from  Philadelphia and the surrounding counties.

The sun was shining brightly  over Penns Landing and the Delaware River as union members and families celebrated our special day.

Randi urged union members to use our collective power to influence decisions in Harrisburg and Washington, and to increase our efforts to organize new members. 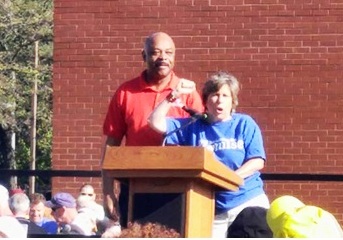