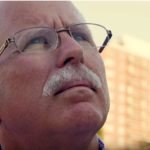 In their quest for even bigger profit margins, the rich and powerful have always tried to divide and suppress working people. Whether they’re seeking to quash worker protections, lower wages, cut benefits or weasel out of pension obligations, they know their biggest roadblock to unchecked power has always been a strong union.

Today, those forces are as shameless and well-funded as ever. This time, a flurry of corporate interests has launched a full-blown assault on working people through the courts, attempting to strip unions of our ability to effectively advocate for public workers.

At every stage of their effort to eliminate critical resources for public-sector unions, these powerful interests have tried to hide their true intentions. When their original plaintiff — deeply unpopular and fiercely anti-worker Illinois Gov. Bruce Rauner — was thrown off the case, they were pressed to find a stand-in.

They found Mark Janus, an Illinois state employee who affably describes himself as an average guy who just doesn’t want to pay agency fees to his union. The renamed Janus vs. AFSCME case worked its way through the judicial system, ultimately landing before the Supreme Court for oral arguments last month.

Corporate handlers propped their new spokesman in front of cameras and shuttled him to power lunches and meet-and-greets around Washington. They happily embraced him as the friendly, public face of their malevolent attack on the rights of working families.

Related Campaigns:
The Janus Decision: We All Win When We're All In