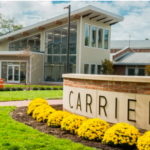 Carrier Clinic, a renowned, century-old psychiatric facility in Somerset County, will merge with Hackensack Meridian Health, the largest hospital chain and healthcare provider in New Jersey, in a partnership that will produce a new addiction treatment facility next year, hospital officials announced Wednesday.

Hackensack Meridian Health CEO Robert Garrett said even more investments are to come that would require more deliberation before the two entities decide how much money would be spent and which services would be expanded.

“We must continue to truly integrate behavioral health into health care and expand treatment options as our state battles an opioid epidemic that has claimed too many lives and devastated so many families.”

An NJ Advance Media analysis of state data shows that 1,669 people in New Jersey have died of drug overdoses in 2018 — an average of more than eight a day.

The goal is to make mental health care as important and available as other medical treatment, said Carrier’s President and CEO Donald Parker said. A separate board of trustees will be formed to chart the institutions’ future plans, he said.