Local 5106 members had a great time at the recent HPAE State convention at Harrah’s in Atlantic City on Oct. 4 and 5.  Richelle Kozak, Marlene Grant, Michele Morton, Venus Weaver, Charles Bowen, Cam Truong,  Sue Clements and guest Gerry Dever pictured here.  We witnessed history as the founder of our union, Ann Twomey,  and VP Bernie  Gerard passed the torch to our newly elected officers:  Debbie White, President,  Barbara Rosen, Vice President and Alexis Rean Walker, Secretary Treasure.  It was a bittersweet moment for all as we said a sincere thank you and wished Ann and Bernie a very happy retirement. 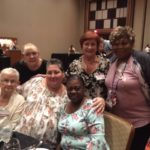 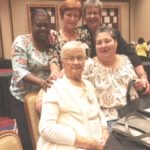 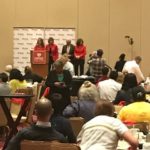 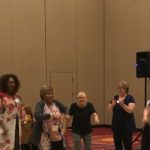 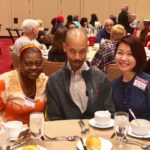 In 2010 the professionals, social workers and behavioral health therapists, on our campus decided they wanted to be part of a union. As always some people stepped up into leadership roles which was the case the our local award recipient today.

Venus has attended every organizing meeting and she was on the negotiating team for the professional’s first contract. She continued to be on the negotiating teams when we bargained for the whole local. She has been a steadfast unit rep, being one of the best at carrying information to her department, sharing concerns of the members and that ever important job of getting signatures on petitions and surveys filled out.

She has represented the local at the Philadelphia Central Labor Council and she is a fixture at the Labor Day Parade. She has a goal of taking an active part in the grievance team and she is anxious for the opportunity for more formal training. She gives the Union the same passion and dedication that she gives our acutely ill psychiatric patients. For this we present our local award to Venus Weaver. 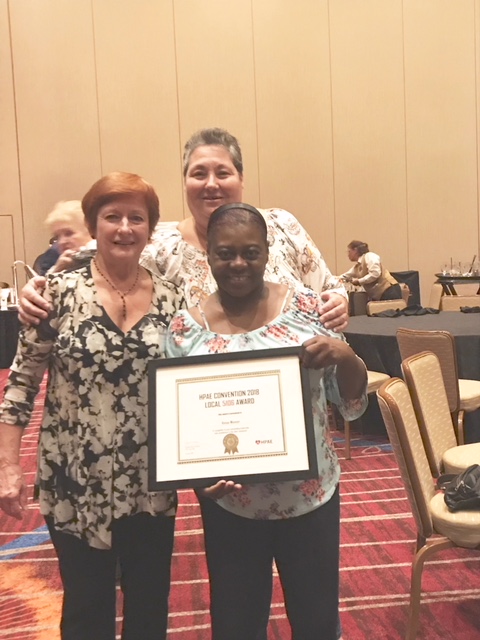