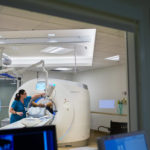 The nation’s hospitals have been merging at a rapid pace for a decade, forming powerful organizations that influence nearly every health care decision consumers make.

The hospitals have argued that consolidation benefits consumers with cheaper prices from coordinated services and other savings.

But an analysis conducted for The New York Times shows the opposite to be true in many cases. The mergers have essentially banished competition and raised prices for hospital admissions in most cases, according to an examination of 25 metropolitan areas with the highest rate of consolidation from 2010 through 2013, a peak period for mergers.

The analysis showed that the price of an average hospital stay soared, with prices in most areas going up between 11 percent and 54 percent in the years afterward, according to researchers from the Nicholas C. Petris Center at the University of California, Berkeley.

The new research confirms growing skepticism among consumer health groups and lawmakers about the enormous clout of the hospital groups. While most political attention has focused on increased drug prices and the Affordable Care Act, state and federal officials are beginning to look more closely at how hospital mergers are affecting spiraling health care costs.

During the Obama years, the mergers received nearly universal approval from antitrust agencies, with the Federal Trade Commission moving to block only a small fraction of deals. State officials generally looked the other way.

President Trump issued an executive order last year calling for more competition, saying his administration would focus on “limiting excessive consolidation throughout the health care system.” In September, Congress asked the Medicare advisory board to study the trend.

But not only have big consolidations continued, the behemoths have further cemented their reach in some regions of the country by gobbling up major doctors’ and surgeons’ practices.