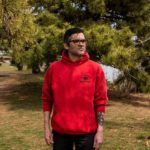 It was the fliers bearing his photo that made Adam Witt suspect something had gone deeply wrong. Last week, Jersey Shore University Medical Center, where he worked as a nurse, posted the fliers at two security stations, declaring that he was persona non grata.

“Mr. Witt is not allowed on property at JSUMC,” the writing said, beneath a picture of him looking tired and pained. “If he is seen on property please contact your supervisor immediately.”

The troubles had started when Mr. Witt, the local nurses’ union president, learned that a fellow nurse had been disciplined for raising concerns on a private Facebook page about coronavirus exposure at the hospital. Mr. Witt told his manager that he would be taking a day off to defend the nurse at a disciplinary hearing, a task that he and other union officials had carried out numerous times under their contract. The hospital says a supervisor suggested that Mr. Witt skip only part of the day because of the surge in patients.

A week later, on March 31, the hospital said he was being suspended because the day he took was unauthorized. The fliers soon followed.

“It’s not what they normally do in these cases,” Mr. Witt said in an interview. “You don’t get ‘wanted’ posters.”

He was fired after a disciplinary hearing on Monday. His employer cited the absence, but he believes that the firing stemmed from his persistent questioning of the administration during the pandemic, including his own social media posts.

As the coronavirus crisis has escalated, workers as varied as grocery cashiers, customer-service representatives and flight attendants have clashed with the employers they accuse of failing to protect and properly value them. Amazon drew attention when it fired a worker who had led a protest over health concerns at a Staten Island warehouse.

But perhaps the most curious and persistent management-labor tension has arisen between health care providers like doctors and nurses, who are at the forefront of the virus battle, and the administrators they report to.