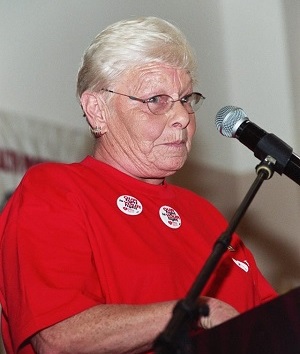 HPAE has lost one of its most dedicated and inspirational leaders, Donna Benjamin. Donna played a key role in organizing RNs and other healthcare workers at Bayonne Hospital (now Bayonne Medical Center). She was Local 5185’s first President and served in that office for many years, until she stepped down. Donna continued to be active in HPAE’s Committee on Political Education (COPE) and as a Vice President of the Hudson County CLC.

The current Local 5185 President, John Bauer, RN, expressed the thoughts and feelings of all Local 5185 members in this tribute to Donna:

We all remember Donna as a feisty tough old bird – as she described herself. Donna needed to be this way to move us and organize us “wall to wall” back in 1999 through 2000. If it were not for her perseverance and her strong personality, as well as her political savvy, we would not be Local 5185 today.

Donna loved her local labor council brothers and sisters, as well as fellow HPAE local members.  She was the first one on the bus when attending a rally or stopping traffic during a sister local’s picketing.

As I type this, I am brushing tears from my eyes because Donna was  family. I’ve known and worked with her for over 40 years; she even took care of me way back in 1966. Under her rough exterior she had a heart of gold and would do anything for any one in need. Donna would spend her last dollar feeding and caring for a stray animal, and would spend the night with a sick friend. Donna always worried about everyone and everything before herself, and this took a toll on her own health.

Donna was a very private person; she let very few into her inner circle. There will not be any wake or service for Donna, which is at her request. We, as an HPAE family, would like to have a memorial service in her honor and memory in the near future.

Donna Glover, R.N. came to the Bayonne Hospital and Dispensary as a new Graduate Nurse in 1963. She worked as a Pediatric Nurse on the 3 to 11 Shift  at Bayonne from 1963 until a few years ago, when the Peds unit was finally closed. Over these past 52 years, Donna touched the lives of countless kids and families in the community. Donna is now reunited with her wonderful husband Gerard Benjamin, M.D. May they both be looking down on us and smiling.

We all love you Donna Benjamin; may you Rest in Peace.

A few photos from Donna’s life of service and activism with HPAE: 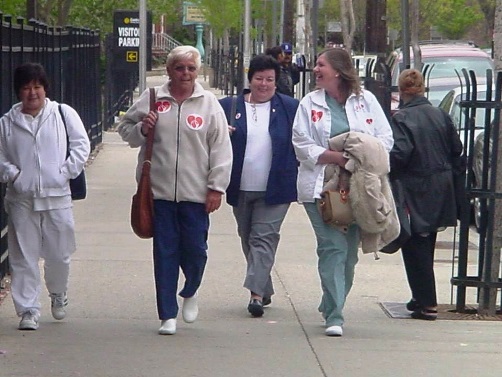 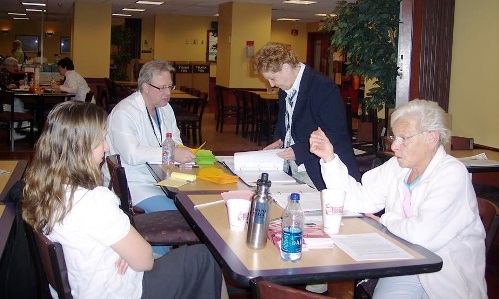 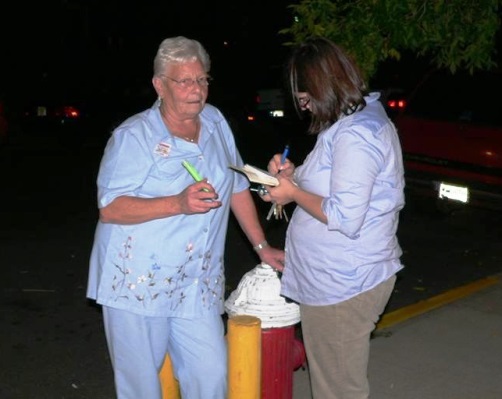 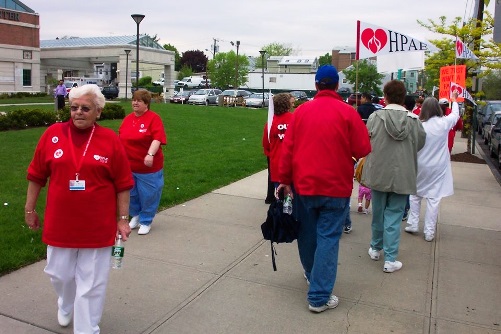 We mourn her today and celebrate her, too. Bayonne Medical Center, whose management came to know very well Donna’s fierce advocacy for Local 5185 members, has hung its flag today at half mast in her honor. 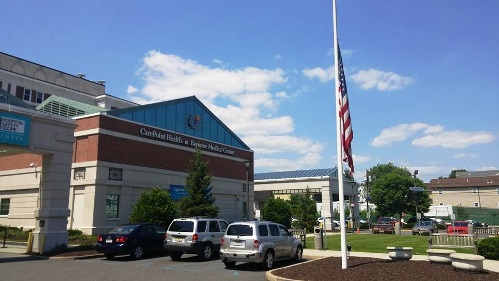