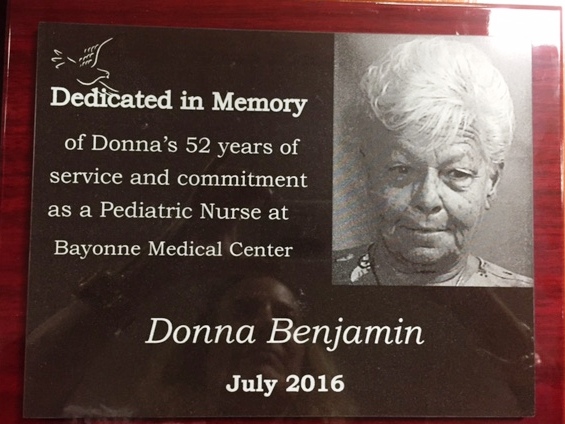 Donna Benjamin, the recently-deceased, former President of HPAE Local 5185 and a Pediatric nurse for 52 years at Bayonne Medical Center, was honored yesterday at the hospital by co-workers, political leaders, and her union brothers and sisters.

The event was held in the hospital cafeteria and was sponsored by CarePoint Health, the owner of Bayonne Medical Center, Christ Hospital, and Hoboken University Medical Center. In their remarks CarePoint Health COO Peter Daniels and  Executive VP for HR Jennifer Dobin expressed their warm feelings toward Donna.

A plaque honoring Donna for her service at the hospital was shown to the assembled group. The plaque is being placed in the Pediatrics Department.

A tribute to Donna will also be held at HPAE’s convention in early October.

Photos from the event: 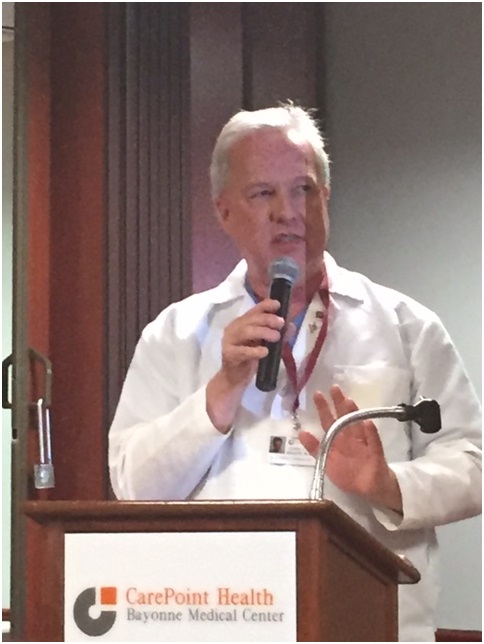 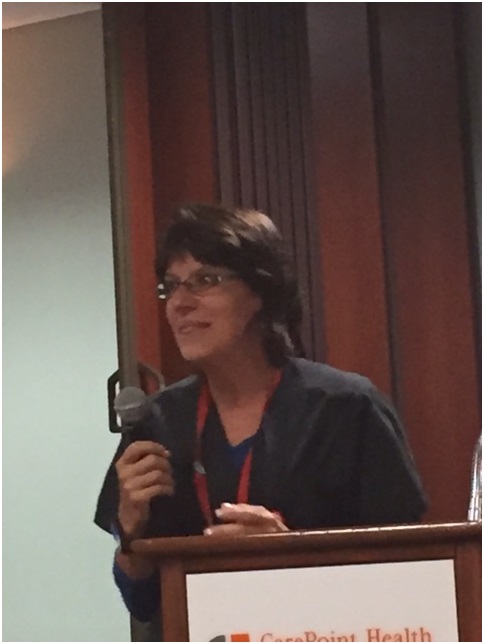 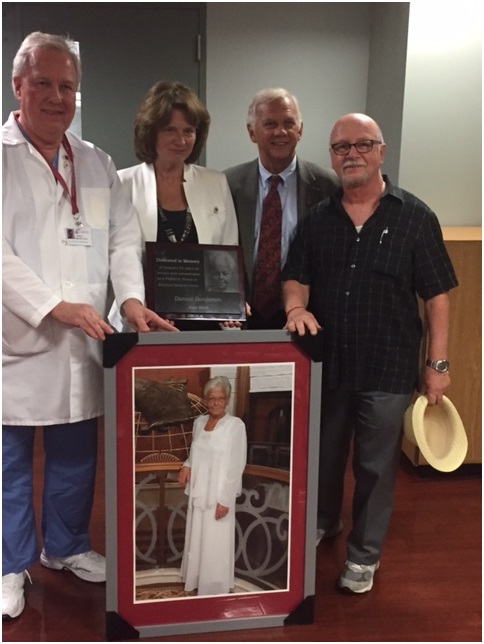