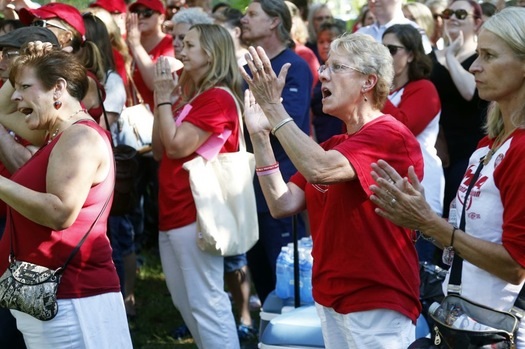 Allina Health and the union for its 4,800 Twin Cities nurses detailed separate plans Sunday for taking care of patients during what could be a prolonged and painful nursing strike — despite the two sides coming closer to a deal in marathon negotiations this weekend.

The open-ended strike started at 7 a.m. at United Hospital in St. Paul, Mercy Hospital in Coon Rapids, Unity Hospital in Fridley, the Phillips Eye Institute in Minneapolis, and Abbott Northwestern. The walkout occurred despite 22-hours of talks on Friday and early Saturday that brought the sides as close to a deal as they have been in seven months of failed talks.

The 1,500 temporary nurses recruited from across the country should be enough to maintain normal operations at the five Allina hospitals under strike, said chief executive Penny Wheeler, because the replacements will work full-time, while two-thirds of the regulars are part-time.