Taken from The Asbury Park Press 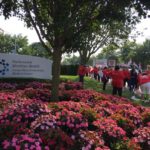 The proposed agreement could end what had been a bitter dispute that included a bid supported by parent company Hackensack Meridian to decertify the union at Southern Ocean.

“These were extremely difficult negotiations,” said Sue Kaszuba, vice president of Health Professionals and Allied Employees Local 5138 at Southern Ocean. “Yet we persisted, and in the end showed that we are able to withstand even the greatest threat to our solidarity.”

Details of the proposed deal weren’t released. The union has scheduled a vote on Dec. 13 to ratify the contract. Watch the video above about a demonstration last summer at Jersey Shore University Medical Center.