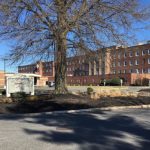 After eight years of trying, registered nurses at a South Jersey hospital have voted to approve their first-ever contract.

In a twist, the pact OK’d by the 110 members of the Health Professionals and Allied Employees Local 5142 isn’t with the current owner of The Memorial Hospital of Salem County, but with the future owner.

“This has been a long journey for the nursing staff at the hospital, but we never gave up. We look forward to working with a new owner to improve patient safety and working conditions,” said Pam Thomas, president of HPAE Local 5142.

The union had sought, for years, to strike a deal with the hospital owner Community Health Systems, but could never reach an agreement.

Nurses voted in September 2010 to unionize. CHS had fought the union. It wasn’t until after a final court ruling that HPAE members and the hospital began talks in April 2016. However, a deal was never reached.

The one-year contract takes effect when CHA closes on the deal, which is expected in the coming weeks. With the new owner will come a new name for the Mannington Township hospital — Salem Medical Center.

A key state panel earlier this month recommended the commissioner of health give final approval to the deal.

“We are pleased to have reached this agreement and look forward to this important piece of the new Salem Medical Center’s staff helping to pave the way for better healthcare for the patients we serve,” said Bill Colgan, managing partner with CHA.